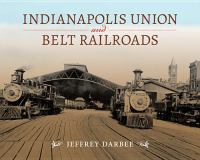 "In an era dominated by huge railroad corporations, Indianapolis Union and Belt Railroads reveals the important role two small railroad companies had on development and progress in the Hoosier State. After Indianapolis was founded in 1821, early settlers struggled to move people was only a litt...