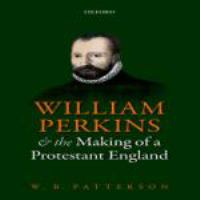 William Perkins and the making of a Protestant England /

A study of the theology of William Perkins (1558-1602), a prominent Cambridge scholar and teacher during the reign of Elizabeth I. Though often described as a Puritan, W.B. Patterson argues that Perkins was in fact a prominent and effective apologist for the established church.