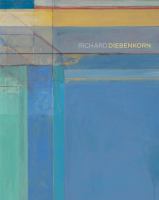 "Richard Diebenkorn (1922-1993) is celebrated as an American master in his native United States, particularly on the West Coast, where he lived and worked for much of his career. Highly sensitive to his environment, Diebenkorn used a palette and color composition influenced by the light and loc...