Letters and journals relating to the war of the American revolution and the capture of the German troops at Saratoga.
by: Riedesel, Friederike Charlotte Luise, Freifrau von, 1746-1808.
Published: (1867)

Letters and memoirs relating to the war of American independence, and the capture of the German troops at Saratoga
by: Riedesel, Friederike Charlotte Luise, Freifrau von, 1746-1808.
Published: (1827) 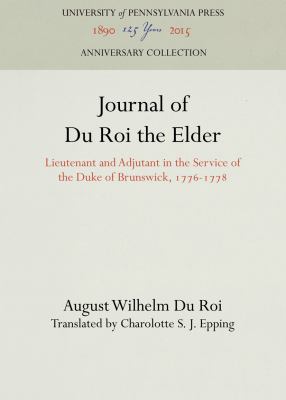 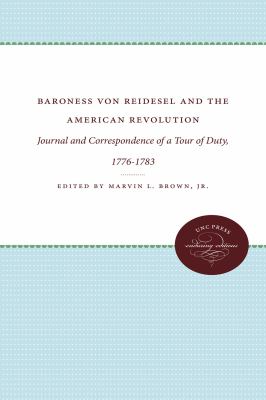 March to Saratoga; General Burgoyne and the American Campaign, 1777.
by: Bird, Harrison.
Published: (1963)

Travels through the interior parts of America...
by: Anburey, Thomas.
Published: (1789)

An original, compiled and corrected account of Burgoyne's campaign, and the memorable battles of Bemis's Heights, Sept. 19, and Oct. 7, 1777, from the most authentic sources of information; including many interesting incidents connected with the same.
by: Neilson, Charles.
Published: (1970)

With Burgoyne from Quebec; an account of the life at Quebec and of the famous battle at Saratoga.
by: Anburey, Thomas.
Published: (1963)

A supplement to The state of the expedition from Canada : containing General Burgoyne's orders, respecting the principal movements, and operations of the army to the raising of the siege of Ticonderoga. /
by: Burgoyne, John, 1722-1792.
Published: (1780)

A brief examination of the plan and conduct of the northern expedition in America, in 1777. And of the surrender of the army under the command of Lieutenant-General Burgoyne /
Published: (1779)

Orderly book of Lieut. Gen. John Burgoyne, from his entry into the state of New York until his surrender at Saratoga, 16th Oct. 1777. From the original manuscript deposited at Washington's head quarters, Newburgh, N. Y.
by: Burgoyne, John, 1722-1792.
Published: (1860)

A state of the expedition from Canada, as laid before the House of Commons, by Lieutenant-General Burgoyne, and verified by Evidence;
by: Burgoyne, John, 1722-1792.
Published: (1780)

Travels through the interior parts of America.
by: Anburey, Thomas.
Published: (1969)

Essay on modern martyrs with a letter to General Burgoyne ...
Published: (1780)

The war in the North; an informal history of the American Revolution in and near Canada.
by: Chidsey, Donald Barr, 1902-
Published: (1967) 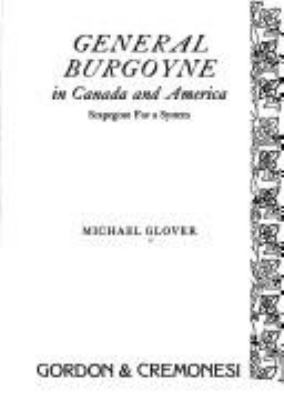 Proceedings of a court martial : held at Cambridge, by order of Major General Heath, commanding the American troops for the Northern District, for the trial of Colonel David Henley, accused by General Burgoyne, of ill treatment of the British soldiers, &c ; Taken in short hand by an officer who was present /
by: Henley, David, 1749-1823.
Published: (1778)

The proceedings of a general court-martial held at Cambridge, on Tuesday the twentieth of January and continued by several adjournments to Wednesday the 25th of February, 1778, upon the trial of Colonel David Henley.
by: Henley, David, 1749-1823.
Published: (1778)

Extract of a letter from General Gates, dated camp at Saratoga, October 18, 1777 : Sir, I have the satisfaction to present your Excellency with the convention of Saratoga ; by which His Excellency Lieutenant General Burgoyne has surrendered himself ...
Published: (1777)

News. : By a letter from a member of Congress at York Town. Col. Wilkinson is arrived at that place from the northern army, with particulars of the late glorious surrender of General Burgoyne ...
Published: (1777)

Glorious authentic intelligence : October 21st, 1777. Camp at Saratoga, October 12, 1777. Sir, I have the satisfaction to acquaint your excellency with the great success of the arms of the United States in this department. ...
Published: (1777)