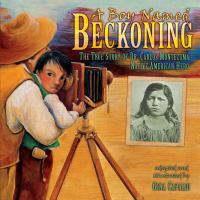 This story reveals the life of a Native American boy named Wassaja, who was kidnapped from his tribe and sold as a slave. Adopted and renamed Carlos Montezuma, the young boy traveled throughout the Old West, bearing witness to the poor treatment of Native Americans. Carlos eventually became a doctor...