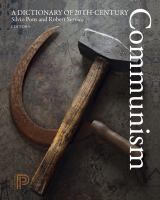 A dictionary of 20th-century communism /

The first book of its kind to appear since the end of the Cold War, this reference provides encyclopedic coverage of communism and its impact throughout the world in the 20th century. With the opening of archives in former communist states, scholars have found new material that has expanded and some...