Peplum olivarii, or A good prince bewailed by a good people. Represented in a sermon October 13. 1658. upon the death of Oliver late Lord Protector. By George Lawrence A.M. minister of Crosses Hospital.

The Unparalleld monarch. Or, The portraiture of a matchless prince, exprest in some shadows of his Highness my Lord Protector.
Published: (1656)

The unparalleld monarch. Or, The portraiture of a matchless prince, exprest in some shadows of his Highness my Lord Protector
Published: (1656)

By the protector. A declaration of His Highness for a day of publique fasting and humiliation.
Published: (1658)

The Character of a protector
Published: (1654)

The voice of the iron rod, to his Highness the Lord Protector: being a seasonable admonition presented to him, and to all judicious men: by Arise Evans.
by: Evans, Arise, b. 1607.
Published: (1655) 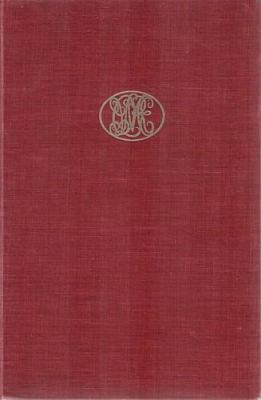 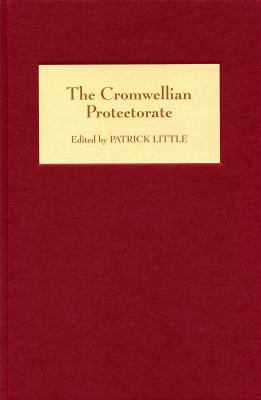 An act for the security of His Highness the Lord Protector his person and continuance of the nation in peace and safety.
Published: (1656)

An exact character or, narrative of the late right noble, and magnificent lord, Oliver Cromvvell, the Lord Protector of England, Scotland, and Ireland; with the domi[ ]tons thereof. Together with a brief recapitulation (or declaration) of his many miraculous victories, virtues, and atchievements, throughout the three nations. With his decease on Friday, the 3d of Septemb. 1658. being above 60 years of age; and the election of his eldest son the Lord Richard to be Lord Protector of England, Scotland, & Ireland, &c. With the proclaiming of His Highness on Saturday, (the 4th instant) throughout the cities of London and Westminster. Written by T.l'W. of the Middle-Temple London, for the present perusal of all honest patriots: and now printed and published for general satisfaction of the people
by: Wright, Thomas, b. 1603 or 4.
Published: (1658)

The voice of Michael the archangel, to his Highness the Lord Protector: for the salvation of himself and the three nations. / Presented by Arise Evans.
by: Evans, Arise, b. 1607.
Published: (1653)

Upon the death of his late highness, Oliver lord protector of the Common-Wealth of England, Scotland and Ireland, and the dominions and territories thereunto belonging
by: Mayhew, Thomas.
Published: (1658)

An account of the last houres of the late renowned Oliver Lord Protector wherein you have his frame of spirit, expressed in his dying words, upon his death-bed : together with his last prayer a little before his death, vvho died at Westminster the third of September, 1658 / drawn up and published by one who was an eye and ear-witness of the most part of it.
by: One that was then groom of his bed-chamber.
Published: (1659)

The first anniversary of the government under His Highness the Lord Protector.
by: Marvell, Andrew, 1621-1678.
Published: (1655)

The Euroclydon vvinde commanded to cease: or, A quenching of the fiery darts by Scripture-arguments, declarations, and visions. Being a moderate vindication of his Highness the Lord Protector, from the popular aspersions first accasioned [sic] against him by the malice of the Presbyterians, and now blown up by all parties. Also, something in behalfe of the desolate Church, and King Charles, which declares hopes of union between him and his Highness the Lord Protector, with an apology of the author concerning the year 1653. and many other things discovered. / By Arise Evans.
by: Evans, Arise, b. 1607.
Published: (1653)

An admonition to my Lord Protector and his Council, of their present danger, with the means to secure him and his posterity in their present greatnesse: with the generall applause and lasting tranquility of the nation,.
by: J. H.
Published: (1654)

An Act for the security of His Highnes the Lord Protector his person, and continuance of the nation in peace and safety. At the Parliament begun at Westminster the 17th day of September, an. Dom 1656.
Published: (1657)

The picture of a new courtier drawn in conference, between, [brace] Mr. Timeserver, and Mr. Plain-heart. In which is discovered the abhominable practises and horrid hypocrisies of the Usurper, and his time-serving parasites. In which a Protector having been in part unvailed, may see himself discovered by I.S. a lover of Englands dear bought freedomes.
by: I. S.
Published: (1656)

The tenth vvorthy. Or, Several anagrams in Latine, Welsh, and English, upon the name of that most highly renowned worthy of worthies, Oliver late Lord Protector. Together with some elegeical verses upon his much lamented death, who dyed in body Sept. 3. 1658. And also more anagrams on his now Highness, and others of that most noble and puissant family.
by: Davyes, Thomas.
Published: (1658)

The Protector, (so called,) in part vnvailed: by whom the mystery of iniquity, is now working. Or A word to the good people of the three nations of England, Scotland and Ireland, informing them of the abominable apostacy, backsliding, and underhand dealing of the man above mentioned; who having usurped power over the nation, hath most wofully betrayed, forsaken, and cast out the good old cause of God, and the interest of Christ; and hath cheated and robbed his people of their rights and priviledges. / By a late member of the Army, who was an eye, and an ear witnesse to many of those things.
Published: (1655)

Metamorphosis Anglorum or reflections historical and political, upon the late changes of government in England, from the death of Oliver Lord Protector, to the last dissolution of the Parliament. As it was represented by a person of quality, to the most excellent Don Lewis de Haro, Chief Minister of State to his Majesty of Spain.
Published: (1660)

Vaticinium causuale. A rapture occasioned by the late miraculous deliverance of His Highnesse the Lord Protector, from a desperate danger. With, a noverint universi, in the close. / By Geo: Wither, Esq;
by: Wither, George, 1588-1667.
Published: (1654)

The Protector. A poem briefly illustrating the supereminency of that dignity; and, rationally demonstrating, that the title of Protector, providentially conferred upon the supreme governour of the British republike, is the most honorable of all titles, and, that, which, probably, promiseth most propitiousness to these nations; if our sins and divisions prevent it not. / Composed by George Wither, Esq; ...
by: Wither, George, 1588-1667.
Published: (1655)

The Protector. A poem briefly illustrating the supereminency of that dignity; and, rationally demonstrating, that the title of Protector, providentially conferred upon the supreme governour of the British republike, is the most honorable of all titles, and that which, probably, promiseth most propitiousness to these nations; if our sins and divisions prevent it not. / Composed by George Wither, Esq; ...
by: Wither, George, 1588-1667.
Published: (1655)

Monarchy asserted to be the best, most ancient and legall form of government in a conference had at Whitehall, with Oliver late Lord Protector & a committee of Parliament made good by the arguments of Oliver St. Iohn ..., Lord Chief Justice Glynn, Lord Comm. Whitlock, Lord Comm. Lisle, Lord Comm. Fines, Lord Broghall, Mr. of the Roles, Sr. Charles Wolseley, Sr. Richard Onslow, Colonel Iones, members of that committee.
by: Fiennes, Nathaniel, 1607 or 8-1669.
Published: (1660)

The history of the life & death of Oliver Cromwell the late usurper and pretended protector of England &c. / truely collected and published for a warning to all tyrants and usurpers by J.H.
by: Heath, James, 1629-1664.
Published: (1663)

A message sent from the most illustrious, and high-born prince, Charles by the grace of God King of Sweden; to His most excellent Highness, Oliver, Lord Protector of the Common-wealth of England, Scotland, and Ireland, and the dominions thereunto belonging. With the letters of credence sent from His Royal Majesty, to Monsieur Bonnel, resident for the Crown and Kingdom, concerning the Articles of Peace and Union.
by: Charles X Gustav, King of Sweden, 1622-1660.
Published: (1654)

The devils cabinet-councell. Discovered or the mistery and iniquity of the good old cause. Laying open all the plots and contrivances of O. Cromwell, and the Long Parliament, in order to the taking avvay the life of his late Sacred Maiesty of blessed memory.
Published: (1660)

A brief character of the Protector Oliver Cromwel with an account of the slavery he left the nation under at his death, comprehended in a seasonable speech concerning the upper house / made by a worthy member of Parliament in the House of Commons, March 1659.
by: Titus, Silius, 1623?-1704.
Published: (1692)

The idea of His Highness Oliver, late Lord Protector, &c. with certain brief reflexions on his life / by Richard Fleckno, Esq.
by: Flecknoe, Richard, d. 1678?
Published: (1659)

Protection perswading subjection: or A [brace] word of peace to the well-affected. Caveat to the contentious. Rod for the rebellious. In three positions proving His Highness 1 To be the aptest, ablest and most worthy person for place of Lord Protector. 2. That the people, by the laws of God and man are obliged to loyalty and obedience to his Highness. 3. That all opposers are enemies to the publick peace and safety, and deserve exemplary punishment. By E.M. Esq; a cordial well-willer to the tranquillity and safety of this Commonwealth.
by: E. M., Esq.
Published: (1654)

Historie & policie re-viewed, in the heroick transactions of His Most Serene Highnesse, Oliver, late Lord Protector; from his cradle, to his tomb: declaring his steps to princely perfection; as they are drawn in lively parallels to the ascents of the great patriarch Moses, in thirty degrees, to the height of honour. / By H.D. Esq.
by: H. D.
Published: (1659)

The history of the life and death of His most Serene Highness, Oliver, late Lord Protector. Wherein, from his cradle to his tomb, are impartially transmitted to posterity, the most weighty transactions, forreign or domestique, that have happened in his time, either in matters of law, proceedings in Parliaments, or other affairs in church or state. / By S. Carrington.
by: Carrington, S.
Published: (1659)

A full and perfect relation of the great plot and terrible conspiracy, of divers lords, knights, citizens, and apprentices, against his Highness the Lord Protector. With a list of the conspirators names; the exact particulars of their bloody engagement, vow, and covenant; and the manner how they were apprehended in the Old-Bayley, and Covent-Garden, and carryed to James, on Tuesday and Wednesday night last. Likewise, their examination and confession before the Right Honourable the Council at White-Hall; and the names of the lords that were taken, with their examinations before his Highness, and the orders and resolution passed thereupon. Together with the taking of a parchment scrol and list of 500 men, and the going of the L. Hastings, and divers others from London.
Published: (1654)

A petition humbly presented to his Highnesse Oliver Lord Protector of the Common wealth of England, Scotland, and Ireland, with the dominions thereunto belonging By diverse ministers, for the establishment of themselves and others their brethren (for their own lives) in the places to which they were admitted to officiate (as ministers of the Gospel) without institution or induction from the bishops. With reasons thereto annexed, whereof the contents are set down in the page next after the petition. And at the end of the book an epistle to the sincere and pious preachers of the word of God. written before the beginning of the Parliament, by Philothenus Philomystes.
Published: (1655)