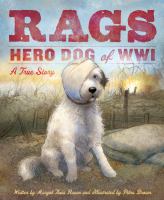 "A stray dog named Rags befriends a U.S. soldier in Paris, France, during WWI. Rags traveled with the troops carrying messages from the front line to the back. His loyalty kept him by his owner's side until Sergeant Donovan died at the base hospital in Chicago."