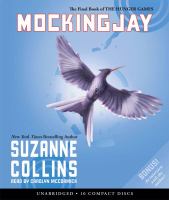 Against all odds, Katniss Everdeen has survived the Hunger Games twice. But now that she's made it out of the bloody arena alive, she's still not safe. A revolution is unfolding, and it is up to Katniss to accept responsibility for countless lives and to change the course of the future of...