Memoirs of a cavalier. With a new introd. for the Garland ed. by Malcolm J. Bosse. 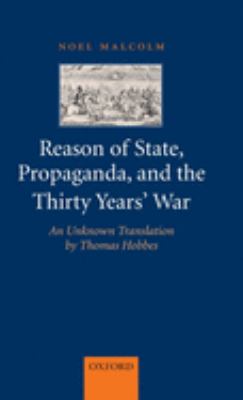 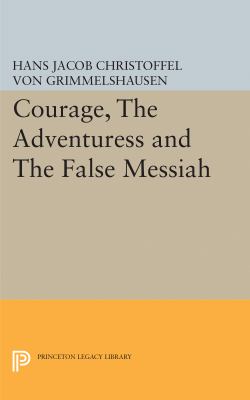 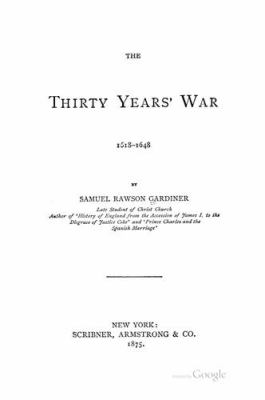 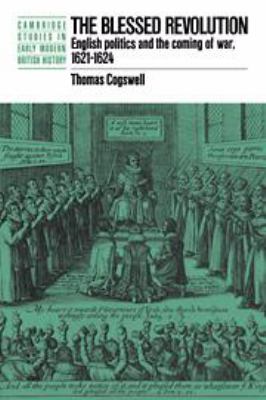 An history of the late warres and other state affaires of the best part of Christendom beginning with the King of Swethlands entrance into Germany, and continuing in the yeare 1640 / written in Italian by the Count Galliazzo Gualdo Priorato and in English by the Right Honourable Henry Earle of Monmouth.
by: Gualdo Priorato, Galeazzo, conte, 1606-1678.
Published: (1648)

His Maiesties manifest, concerning the Palatine cavse and act of Parliament concerning the same / published by His Majesties command.
Published: (1641)

The thirty years war [by] J. V. Polišenský. Translated from the Czech by Robert Evans.
by: Polišenský, Josef V.
Published: (1971) 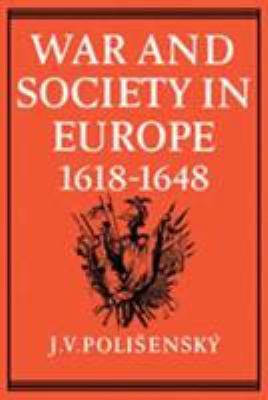 The Continuation of our weekely intelligence since the 22. of this present moneth, to the 29. containing many notable and very remarkeable passages, amongst the rest, you shall finde these, the strange and vnexpected reduction of the city of Prage in Bohemia ..., the taking whereof (with Gods assistance) was performed by the old Count of Thorne ..., the great preparation of the B. of Collen ... and other leagers, to joyne with the imperiall scattered troopes ...
Published: (1631)

A supplement to the sixth part of the Germane history containing (not onely) what hath passed in Germany, but also in divers parts of Christendome : historically continued since our Lady Day last past, (out of the best intelligence) to this present time : very faithfully digested into time, place, and action.
Published: (1634)

The Continuation of our forraine occurences: vvith the confirmation of the late cruell and bloody battell fought betwixt Wesell and Collen. And the particulars of the losses on both sides, and what townes the Weymarish and Hessish have since taken. : Also [S]ome letters and passages of note from other parts of Christendome. / Translated and collected out of good originalls.
Published: (1642)

March 19. Numero 18. Newes from Europe: with the particular accidents. The Emperor is perswaded to make peace with Bethlem Gabor: and why. The proceedings betweene the Emperour and Bethlem Gabor. Diuers maskes, and courtly pastimes in Vienna. Bauaria's suspition for the meeting of the Marquis of Brandenbourg, and Duke of Saxony. Great impositions vpon Prague. What the Imperiall forces haue done, since the last incursion of Graue Vandenbergen into Gelderland. The Hollanders distressed: yet haue diuers comforts which are named. Threescore peeces of ordnance surprised by the Dunkirkers. False rumors of the Spaniards proceeding against Holland. Brussells afraid lest England should breake the peace with Spaine..
Published: (1624)

February 27. Numero 15. Newes from Europe, with seuerall occurrences more particularly. A dangerous incursion and attempt of Graue Vanderbergen, Gouernour of Gulick ouer Icell into Gelderland. A fortunate repulse or retreat of the enemy backe againe. The casting away of an English ship going into the port of Venice at Malamoccho. An English marchant takes a Portingall man of warre. The Emperour discontented with the Popes proceedings. Comets, thunder, lightning, and stormes happening in Bohemia. Rome sendeth to Venice, and is iealous of the Spaniards tampering with Italy. The Lord of Wallestein would faine goe into Transiluania with an army of 15000. The ceasure of all the English and Scots ships in all the ports of Spaine.
Published: (1624)

A certaine and perfect relation of the encounter and bloody slaughter which is newly happened betweene the Marquesse Spinolas forces, and the forces within the towne of Breda, occasioned by the enemies surpsiral of a wood who at length tooke it in, by which meanes he is approched very neere to the towne, although with the losse of a great number of his men, and fiue of his chiefest commanders. : With the copie of a letter sent by the Marquis Spinola to the Archdusses of Austria, the which was intercepted by the Prince of Oranges horsmen, to this effect, openly shewing his priuate intent for what causes he must of necessitie leaue the siege of Breda, and would haue done before now, had it not beene that hee must haue indangered to haue left his ordnance behind him. : Likewise a confirmatiue rehearsall of relieuing the towne of Breda after a new inuention, with the Prince of Oranges designes, both to annoy the enemy, and drowne their trenches.
Published: (1625)

Nevves from forraigne parts for the last two weeks past, very fitting for this state to take notice of in this time of division and distraction especially the great councell of the kingdome, the Parliament : in which you shall fine matter enough to make use of, according to the old proverb, When your neighbours house is on fire looke to your owne ...
Published: (1642)

Diatelesma. comprehending the principall actions of Germany, France, Spaine, and the Neatherlands, continued from November, 1637.
Published: (1639)

The lamentations of Germany wherein, as in a glasse, we may behold her miserable condition, and reade the woefull effects of sinne / composed by Dr. Vincent theol. an eye-witnesse thereof, and illustrated by pictures, the more to affect the reader ; hereunto are added three letters, one whereof was sent to the Dutch consistory in London, under the hand and seales of 14 distressed ministers of Swyburggen in Germany.
by: Vincent, Philip.
Published: (1638)

The Continuation of our weekly newes containing these particulers following, the warlike proceedins and good successe of the French and their confederates in the Grisons and Valtoline, the great victories which the Hollanders haue gotten in Perue ...
Published: (1624)

Taylor his trauels from the citty of London in England, to the citty of Prague in Bohemia the manner of his abode there three weekes, his observations there, and his returne from thence : how he past 600 miles downe the river of Elue, through Bohemia, Saxony, Anhalt, the bishoprick of Magdeburge, Brandenberge, Hamburgh, and so to England : with many relations worthy of note.
by: Taylor, John, 1580-1653.
Published: (1621) 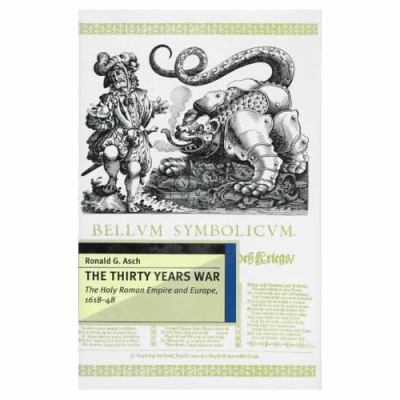 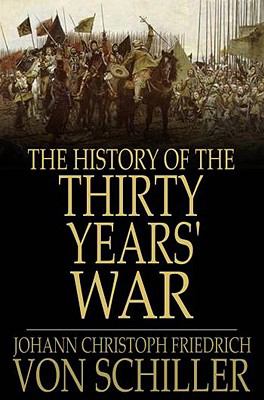 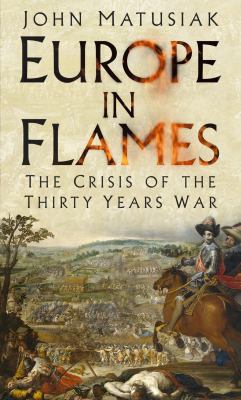 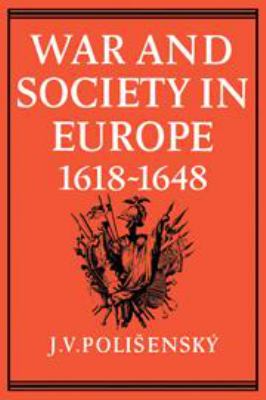 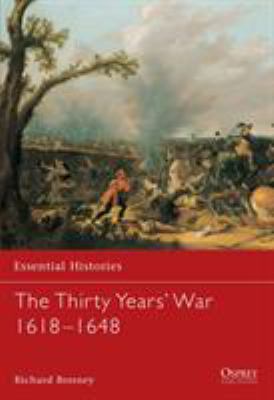 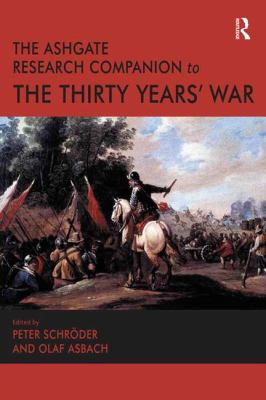 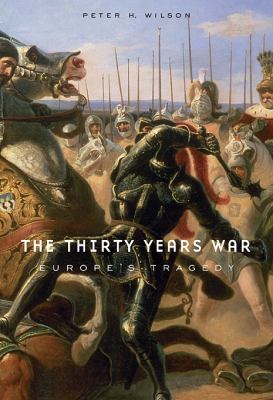 The Thirty Years' War : problems of motive, extent, and effect / edited with an introduction by Theodore K. Rabb.
Published: (1964) 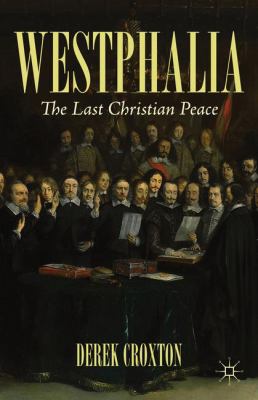 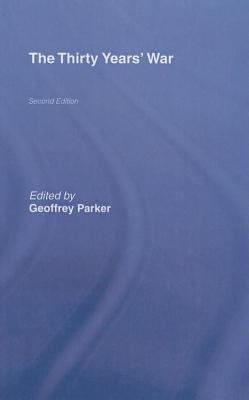 The Thirty Years' War / edited by Geoffrey Parker ; with contributions by Simon Adams [and others].
Published: (1997)

The adventures of a simpleton (Simplicius Simplicissimus) Newly translated from the German by Walter Wallich.
by: Grimmelshausen, Hans Jakob Christoph von, 1625-1676.
Published: (1963) 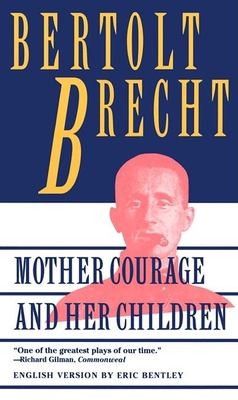 Mother Courage and her children Bertolt Brecht ; translated from the German by John Willett with commentary and notes by Hugh Rorrison.
by: Brecht, Bertolt, 1898-1956.
Published: (1980)

Mother Courage and her children Bertolt Brecht ; translated from the German by John Willett ; with commentary and notes by Hugh Rorrison.
by: Brecht, Bertolt, 1898-1956.
Published: (1983)