Art Wolfe (born 1951) is an American photographer and conservationist, best known for color images of landscapes, wildlife, and native cultures. His photographs document scenes from every continent and hundreds of locations, and have been noted by environmental advocacy groups for their "stunning" visual impact.

Wolfe's career has been described as "multi-faceted", involving wildlife advocacy, art, journalism, and education. According to William Conway, former president of the Wildlife Conservation Society, Wolfe is a "prolific and sensitive recorder of a rapidly vanishing natural world." In the last 30 years, the public has viewed Wolfe's work in more than sixty published books, including ''Vanishing Act'', ''The High Himalaya'', ''Water: Worlds between Heaven & Earth'', ''Tribes'', ''Rainforests of the World'', and ''The Art of Photographing Nature''. Provided by Wikipedia 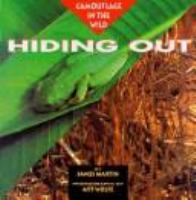