Virginia Willis is an American chef, baker, writer, and content creator, whose work focuses on American, Southern, and French cuisine. Willis is the author of ''Secrets of the Southern Table'': A ''Food Lover’s Tour of the Global South''. She is also the author of ''Bon Appétit Y’all: Three Generations of Southern Cooking'' (2008); ''Basic to Brilliant, Y'all: 150 Basic Recipes and Ways to Dress Them Up for Company;'' ''Okra: A Savor the South Cookbook;'' ''Grits'' by Short Stack Editions; and ''Lighten Up, Y'all: Classic Southern Recipes Made Healthy and Wholesome'' (2015).

''Lighten Up, Y'all'' won a James Beard Award of Excellence in the Health category. Her nominations include Finalist for Best American Cookbook by the International Association of Culinary Professionals for Bon Appétit, Y’all and Lighten Up, Y'all. She was a finalist for Best Cooking School Teacher by the IACP in 2013. She is the author of "Cooking with Virginia" and the creator of the blog "Down Home Comfort" on FoodNetwork.com. She was named by the Chicago Tribune as one of “Seven Food Writers You Need to Know.”

Virginia was born in Augusta, Georgia and moved to Alexandria, Louisiana where she attended elementary school and grew up eating Cajun and Creole cuisine. Her family relocated back to Georgia when she was in middle school. After beginning college at age 16, Willis earned a B.A. from University of Georgia. She began her studies in culinary arts at ''L'Academie de Cuisine'' in Maryland and graduated in 1994. She later continued her education abroad at ''Ecole de Cuisine LaVarenne'' in Burgundy, France and graduated with a Grande Diplome in 1995.

Willis’ first job in a professional kitchen was as an apprentice to Southern food authority Nathalie Dupree. Since working as Test Kitchen Director on Dupree's PBS cooking series, she has worked on over 1000 TV episodes. Willis worked as Editorial Assistant to French cooking authority Anne Willan, during which time she was an Editor for the All New Joy of Cooking (1996-1997). Beginning in 1997, Willis worked as Kitchen Director for celebrity television hosts Martha Stewart and Bobby Flay. In 2000, she began her production career, producing and directing such shows as Epicurious (The Discovery Channel) and Home Plate (Turner Studios).

Willis has been featured in the New York Times''USA Today'', ''Country Living'', ''House Beautiful'', Food52, ''The Washington Post'', and ''CNN.com''. Her writing has been published in Family Fun, Fine Cooking, All Recipes, and Taste of the South. She has appeared on ''Fox and Friends'', Martha Stewart Living Television, ''Paula Deen's Best Dishes'', and ''Throwdown! with Bobby Flay''. Willis placed second on an episode of Food Network's Chopped (“Bird in the Pan”) that aired on November 27, 2012.

Willis is on the Monterey Bay Aquarium Seafood Watch Blue Ribbon Task Force and the Atlanta Community Food Bank Advisory Board. She is a past president of the Atlanta chapter of Les Dames d’Escoffier, a member of Georgia Organics, Southern Foodways Alliance, Chefs Collaborative, and Women Chefs and Restaurateurs. As a culinary influencer and leader in focusing on food and hunger issues she was a premier member of the No Kid Hungry Atlanta Society, a group of regional influencers tasked with raising money for No Kid Hungry. Provided by Wikipedia 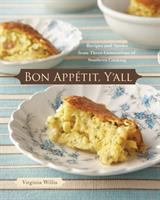 Member of Parliament : the job of a backbencher /
by Radice, Lisanne.
Published 1990
Other Authors: “...Willis, Virginia....”