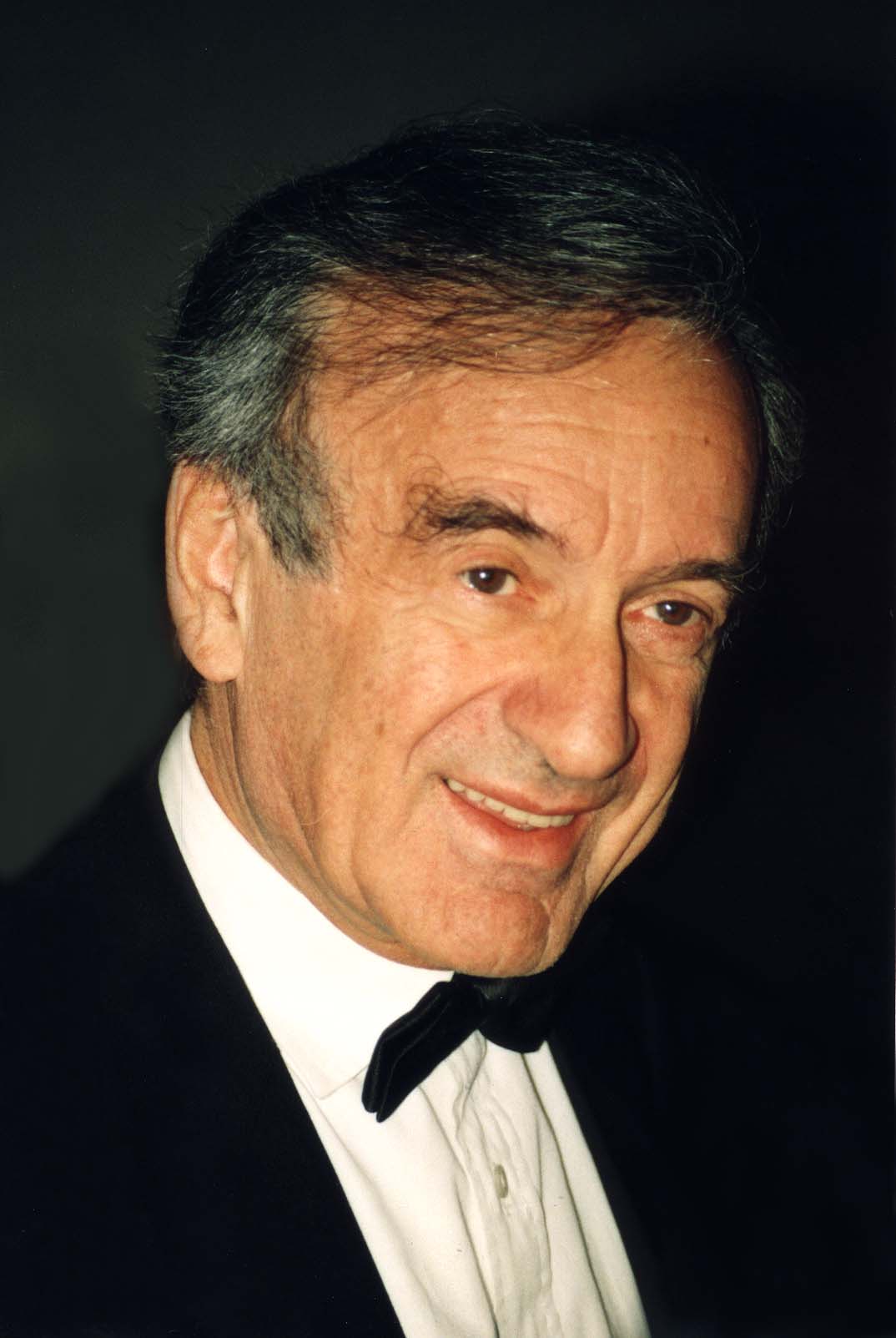 Elie Wiesel (, born Eliezer Wiesel ''Eliezer Vizel''; September 30, 1928 – July 2, 2016) was a Romanian-born American writer, professor, political activist, Nobel laureate, and Holocaust survivor. He authored 57 books, written mostly in French and English, including ''Night'', a work based on his experiences as a Jewish prisoner in the Auschwitz and Buchenwald concentration camps.

He was a professor of the humanities at Boston University, which created the Elie Wiesel Center for Jewish Studies in his honor. He was involved with Jewish causes and human rights causes and helped establish the United States Holocaust Memorial Museum in Washington, D. C. In his political activities, he also campaigned for victims of oppression in places like South Africa, Nicaragua, Kosovo, and Sudan. He publicly condemned the 1915 Armenian genocide and remained a strong defender of human rights during his lifetime. He was described as "the most important Jew in America" by the ''Los Angeles Times'' in 2003.

Wiesel was awarded the Nobel Peace Prize in 1986. The Norwegian Nobel Committee called him a "messenger to mankind", stating that through his struggle to come to terms with "his own personal experience of total humiliation and of the utter contempt for humanity shown in Hitler's death camps", as well as his "practical work in the cause of peace", Wiesel delivered a message "of peace, atonement, and human dignity" to humanity. The Nobel Committee also stressed that Wiesel's commitment originated in the sufferings of the Jewish people but that he expanded it to embrace all repressed peoples and races. He was a founding board member of the New York Human Rights Foundation and remained active in it throughout his life. Provided by Wikipedia