Mildred Pitts Walter (born September 9, 1922) is an American children's book writer, known for her works featuring African-American protagonists. Walter has written over 20 books for young readers, including fiction and nonfiction. Several of her books have won or been named to the honor list of the Coretta Scott King Awards. A native of Louisiana who later moved to Denver, Walter was inducted into the Colorado Women's Hall of Fame in 1996. She published her autobiography, ''Something Inside So Strong: Life in Pursuit of Choice, Courage, and Change,'' in 2019. Provided by Wikipedia
1 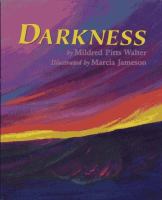