Erich Oswald Hans Carl Maria von Stroheim (born Erich Oswald Stroheim; September 22, 1885 – May 12, 1957) was an Austrian-American director, actor and producer, most noted as a film star and avant-garde, visionary director of the silent era. His masterpiece adaptation of Frank Norris's ''McTeague'' titled ''Greed'' is considered one of the finest and most important films ever made. After clashes with Hollywood studio bosses over budget and workers' rights issues, Stroheim was banned for life as a director and subsequently became a well-respected character actor, particularly in French cinema. For his early innovations as a director, Stroheim is still celebrated as one of the first of the auteur directors. He helped introduce more sophisticated plots and noirish sexual and psychological undercurrents into cinema. He died of prostate cancer in France in 1957, at the age of 71. Beloved by Parisian neo-Surrealists known as Letterists, he was honored by Letterist Maurice Lemaître with a 70-minute 1979 film titled ''Erich von Stroheim''. Provided by Wikipedia
1 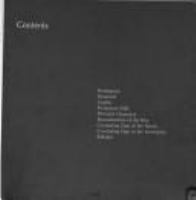