Laurence Urdang (March 21, 1927 – August 21, 2008) was a lexicographer, editor and author noted for first computerising the unabridged ''Random House Dictionary of the English Language'', published in 1966. He was also the founding editor of ''Verbatim'', a quarterly newsletter on language.

Urdang was born in Manhattan and graduated from the Fieldston School in The Bronx. He then entered the Naval Reserve at the end of World War II.

Educated at Columbia University (where he restricted himself to Russian, German, Latin, Greek, Sanskrit and Polish), Urdang was a linguistics lecturer at New York University from 1956 to 1961. Although he never wrote the dissertation that would have completed his graduate degree, the ''Random House Dictionary'' filled the void amply: "He always said he considered the Random House dictionary his dissertation," said Nicole Urdang.

Urdang made his debut in the publishing industry as an associate editor in the dictionary department at Funk & Wagnalls and developed a vast vocabulary. Not averse to making fun of his profession, he wrote in the introduction to ''Misunderstood, Misused, & Mispronounced Words'':

This is not a succedaneum for satisfying the nympholepsy of nullifidians. Rather it is hoped that the haecceity of this enchiridion of arcane and recondite sesquipedalian items will appeal to the oniomania of an eximious Gemeinschaft whose legerity and sophrosyne, whose Sprachgefühl and orexis will find more than fugacious fulfillment among its felicific pages.

He died on August 21, 2008, of congestive heart failure in Branford, Connecticut. Provided by Wikipedia 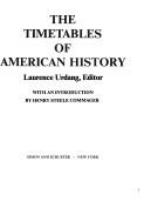 Loanwords dictionary : a lexicon of more than 6,500 words and phrases encountered in English contexts that are not fully assimilated into English and retain a measure of their fore...
Published 1988
Other Authors: “...Urdang, Laurence....”

Suffixes and other word-final elements of English : a compilation of more than 1,500 common and technical free forms, bound forms, and roots that frequently occur at the ends of wo...
Published 1982
Other Authors: “...Urdang, Laurence....”

Holidays and anniversaries of the world : a comprehensive catalogue containing detailed information on every month and day of the year ... /
Published 1985
Other Authors: “...Urdang, Laurence....”