Anne Tyler (born October 25, 1941) is an American novelist, short story writer, and literary critic. She has published twenty-three novels, including ''Dinner at the Homesick Restaurant'' (1982), ''The Accidental Tourist'' (1985), and ''Breathing Lessons'' (1988). All three were finalists for the Pulitzer Prize for Fiction, and ''Breathing Lessons'' won the prize in 1989. She has also won the Janet Heidinger Kafka Prize, the Ambassador Book Award, and the National Book Critics Circle Award. In 2012 she was awarded ''The Sunday Times'' Award for Literary Excellence. Tyler's twentieth novel, ''A Spool of Blue Thread'', was shortlisted for the Man Booker Prize in 2015, and ''Redhead By the Side of the Road'' was longlisted for the same award in 2020. She is recognized for her fully developed characters, her "brilliantly imagined and absolutely accurate detail," her "rigorous and artful style", and her "astute and open language."

Tyler has been compared to John Updike, Jane Austen, and Eudora Welty, among others. Provided by Wikipedia 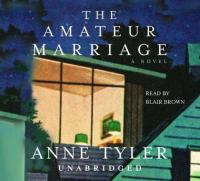 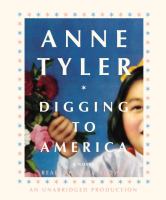