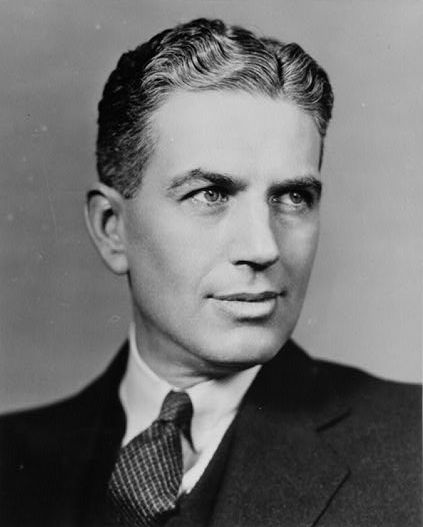 Rexford Guy Tugwell (July 10, 1891 – July 21, 1979) was an American economist who became part of Franklin D. Roosevelt's first "Brain Trust", a group of Columbia University academics who helped develop policy recommendations leading up to Roosevelt's New Deal. Tugwell served in FDR's administration until he was forced out in 1936. He was a specialist on planning and believed the government should have large-scale plans to move the economy out of the Great Depression because private businesses were too frozen in place to do the job. He helped design the New Deal farm program and the Resettlement Administration that moved subsistence farmers into small rented farms under close supervision. His ideas on suburban planning resulted in the construction of Greenbelt, Maryland, with low-cost rents for relief families. He was denounced by conservatives for advocating state-directed economic planning to overcome the Great Depression.

Roosevelt appointed Tugwell as the governor of Puerto Rico during World War II (1941–1946). He became a professor at various universities, with lengthy service at the University of Chicago and the University of California at Santa Barbara. He wrote twenty books, covering the politics of the New Deal, biographies of major politicians, issues in planning, and memoirs of his experiences. Provided by Wikipedia