Billy Taylor (July 24, 1921 – December 28, 2010) was an American jazz pianist, composer, broadcaster and educator. He was the Robert L. Jones Distinguished Professor of Music at East Carolina University in Greenville, and from 1994 was the artistic director for jazz at the John F. Kennedy Center for the Performing Arts in Washington, D.C.

A jazz activist, Taylor sat on the Honorary Founders Board of The Jazz Foundation of America, an organisation he founded in 1989, with Ann Ruckert, Herb Storfer and Phoebe Jacobs, to save the homes and the lives of America's elderly jazz and blues musicians, later including musicians who survived Hurricane Katrina.

Taylor was a jazz educator, who lectured in colleges, served on panels and travelled worldwide as a jazz ambassador. Critic Leonard Feather once said, "It is almost indisputable that Dr. Billy Taylor is the world's foremost spokesman for jazz." Provided by Wikipedia 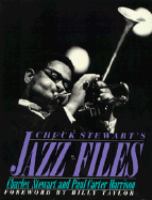