Born in India to a family with Irish connections, she was active in the British Union of Fascists in the 1930s before attracting the interest of the police in London after which she set off to join her husband in Burma. Her ship was sunk in the Indian Ocean by a German raider and she was sent with other survivors to France. That ship too was attacked and sunk, this time by a British submarine off the coast of France, and she was again rescued, causing her to describe herself as "many times drowned".

She began to work as a journalist in Paris before moving to Berlin to make propaganda broadcasts in support of the Nazi regime. She had an intense and probably lesbian relationship there with a colleague, but also suffered from loneliness and depression. She gambled and drank as much as she could, leading to on-air mistakes for which she was dismissed. In Vienna in 1943/44 she worked for the ''Schutzstaffel'' (SS) watching Americans and Germans suspected of spying for the Allies. She came under suspicion by the Gestapo and was arrested but released and sent to Liebenau internment camp, probably at her own request. She was returned to Britain by MI5 where she was tried at the Old Bailey for assisting the enemy and jailed for 18 months. On release she worked as an international courier and later for a farm and pet shop business. Provided by Wikipedia 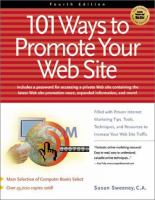