David Levi Strauss (born March 10, 1953 in Junction City, Kansas) is an American poet, essayist, art and cultural critic, and educator. He is the author of a book of poetry, four books of essays, and numerous monographs and catalogues on artists. He was Chair of the graduate program in Art Writing (formerly Art Criticism & Writing) at the School of Visual Arts in New York City from 2007 until that program closed in 2021. He also taught at the Center for Curatorial Studies at Bard College from 2001–2005, and since 2002 he has continued to teach in the Milton Avery Graduate School of the Arts at Bard.

Strauss’ principal subject in his books of essays has been the relation between aesthetics and politics. He has been called “the undisputed champion of literary art writing,” and writer Lucy Sante called him “photography’s troubled conscience.”

Strauss’ critiques and theories about the role and influence of art and photography on society are frequently cited in the works of other contemporary writers and critics. Provided by Wikipedia 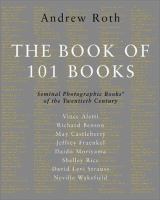