Jeffrey Lee Stout (born 1950) is an American religious studies scholar who is Professor Emeritus of Religion at Princeton University. He is a member of the Department of Religion, and is associated with the departments of Philosophy and Politics, the Center for the Study of Religion, and the Center for Human Values. His works focus on the possibility of ethical discourse in a religiously pluralistic society. He served as president of the American Academy of Religion in 2007. Provided by Wikipedia
1

Ethics after Babel : the languages of morals and their discontents / Jeffrey Stout.
by Stout, Jeffrey.
Published 1988
Call Number: Loading... 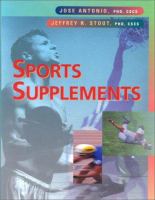