Stewart started as a stand-up comedian but branched into television as host of ''Short Attention Span Theater'' for Comedy Central. He went on to host ''The Jon Stewart Show'' and then ''You Wrote It, You Watch It'', both on MTV. Stewart also has appeared in several films, such as ''Big Daddy'' (1999) and ''Death to Smoochy'' (2002), but did few cinematic projects after becoming host of ''The Daily Show'' in 1999. He also was a writer and co-executive producer of the show. After Stewart joined, ''The Daily Show'' steadily gained popularity and critical acclaim, and during his tenure, it won 22 Primetime Emmy Awards, 2 Grammy Awards and also was nominated for news and journalism awards. Stewart hosted the 78th and 80th Academy Awards. He is the co-author of ''America (The Book): A Citizen's Guide to Democracy Inaction'', which was one of the best-selling books in the U.S. in 2004, and ''Earth (The Book): A Visitor's Guide to the Human Race'', released in 2010.

Since leaving ''The Daily Show'', Stewart has mostly maintained a low profile in entertainment industry circles, but has used his celebrity and voice in a sustained advocacy for 9/11 first responders, and also for war veterans' health benefits. Provided by Wikipedia 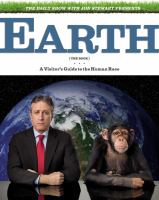 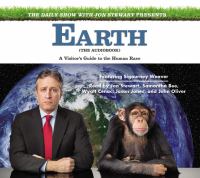 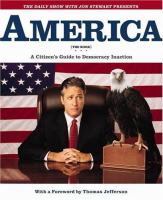