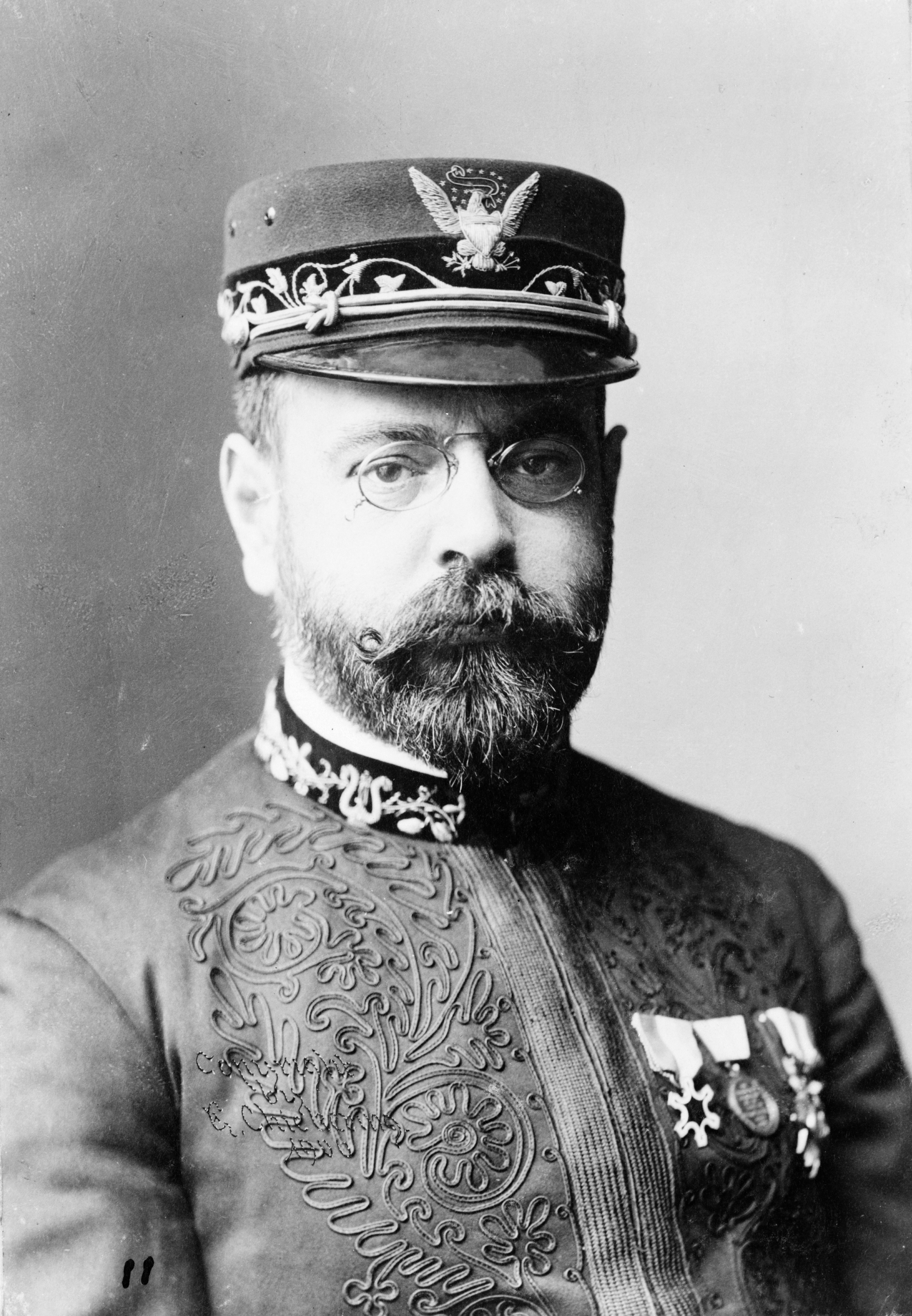 John Philip Sousa (;}} November 6, 1854 – March 6, 1932) was an American composer and conductor of the late Romantic era known primarily for American military marches. He is known as "The March King" or the "American March King", to distinguish him from his British counterpart Kenneth J. Alford. Among his best-known marches are "The Stars and Stripes Forever" (National March of the United States of America), "Semper Fidelis" (official march of the United States Marine Corps), "The Liberty Bell", "The Thunderer", and "The Washington Post".

Sousa began his career playing violin and studying music theory and composition under John Esputa and George Felix Benkert. His father enlisted him in the United States Marine Band as an apprentice in 1868. He left the band in 1875, and over the next five years, he performed as a violinist and learned to conduct. In 1880 he rejoined the Marine Band, and he served there for 12 years as director, after which he was hired to conduct a band organized by David Blakely, P.S. Gilmore's former agent. Blakely wanted to compete with Gilmore. From 1880 until his death, he focused exclusively on conducting and writing music. Sousa aided in the development of the sousaphone, a large brass instrument similar to the helicon and tuba.