Susan Leigh Smith (née Vaughan; born September 26, 1971) is an American woman who was convicted of murdering her two sons, three-year-old Michael and 14-month-old Alexander, in 1994 by drowning them in a South Carolina lake.

The case gained international attention because of Smith's false claim that a black man had kidnapped her sons during a carjacking. Her defense attorneys, David Bruck and Judy Clarke, called expert witnesses to testify that she had mental health issues that impaired her judgment when she committed the crimes.

Smith was sentenced to life in prison with the possibility of parole after 30 years. According to the South Carolina Department of Corrections, she will be eligible for parole on November 4, 2024. She is incarcerated at the Leath Correctional Institution near Greenwood, South Carolina. Provided by Wikipedia 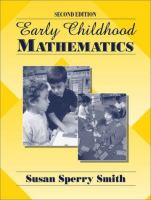