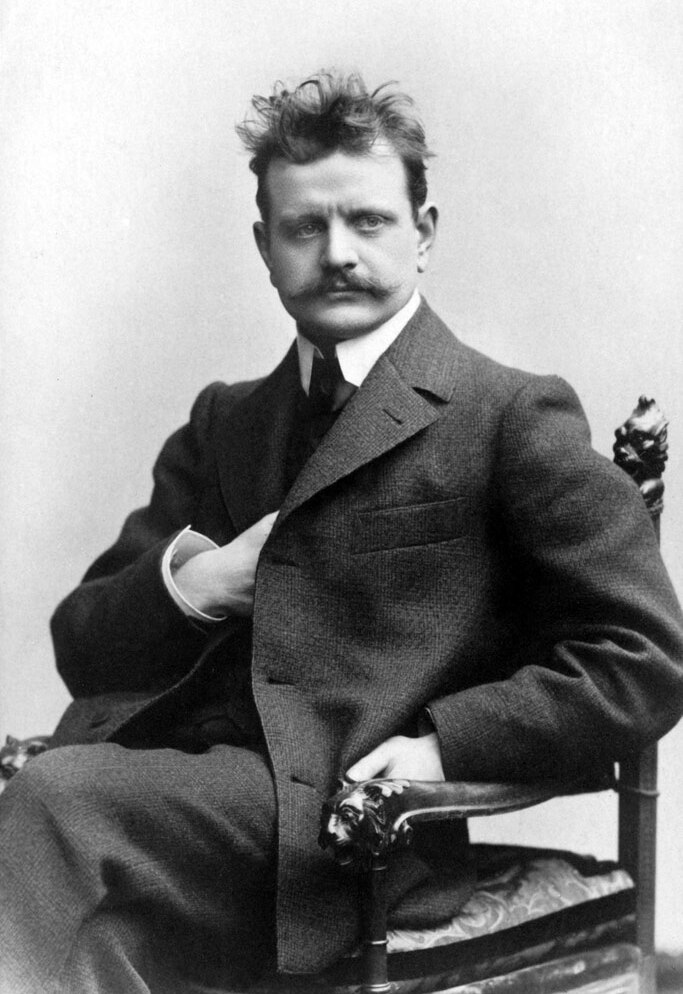 Jean Sibelius ( ; ; born Johan Julius Christian Sibelius; 8 December 186520 September 1957) was a Finnish composer of the late Romantic and early-modern periods. He is widely regarded as his country's greatest composer, and his music is often credited with having helped Finland develop a national identity during its struggle for independence from Russia.

The core of his oeuvre is his set of seven symphonies, which, like his other major works, are regularly performed and recorded in Finland and countries around the world. His other best-known compositions are ''Finlandia'', the ''Karelia Suite'', ''Valse triste'', the Violin Concerto, the choral symphony ''Kullervo'', and ''The Swan of Tuonela'' (from the ''Lemminkäinen Suite''). His other works include pieces inspired by nature, Nordic mythology, and the Finnish national epic, the ''Kalevala;'' over a hundred songs for voice and piano; incidental music for numerous plays; the one-act opera ''The Maiden in the Tower''; chamber music, piano music, Masonic ritual music, and 21 publications of choral music.

Sibelius composed prolifically until the mid-1920s, but after completing his Seventh Symphony (1924), the incidental music for ''The Tempest'' (1926), and the tone poem ''Tapiola'' (1926), he stopped producing major works in his last 30 years—a stunning and perplexing decline commonly referred to as the "silence of Järvenpää", (the location of his home). Although he is reputed to have stopped composing, he attempted to continue writing, including abortive efforts on an eighth symphony. In later life, he wrote Masonic music and reedited some earlier works, while retaining an active but not always favourable interest in new developments in music.

The Finnish 100 mark note featured his image until 2002, when the euro was adopted. Since 2011, Finland has celebrated a flag flying day on 8 December, the composer's birthday, also known as the Day of Finnish Music. In 2015, in celebration of the 150th anniversary of Sibelius's birth, a number of special concerts and events were held, especially in Helsinki, the Finnish capital. Provided by Wikipedia

The oak-tree from the music to Shakespeare's The tempest for flute and piano.
by Sibelius, Jean, 1865-1957
Published 1976
Call Number: Loading...
Located: Loading...
CONNECT
CONNECT