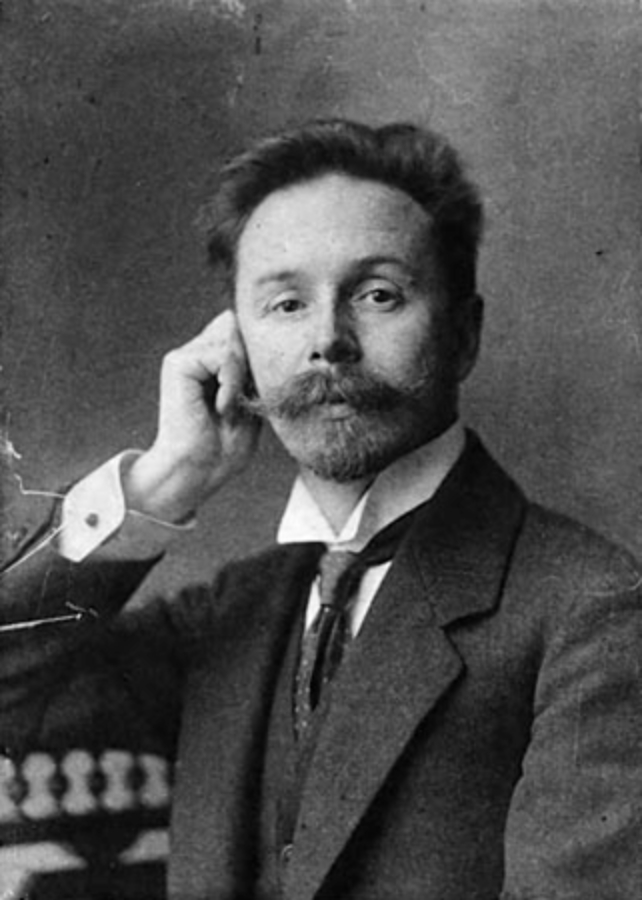 Alexander Nikolayevich Scriabin (; ; – ) was a Russian composer and virtuoso pianist. Before 1903, Scriabin was greatly influenced by the music of Frédéric Chopin and composed in a relatively tonal, late Romantic idiom. Later, and independently of his influential contemporary, Arnold Schoenberg, Scriabin developed a much more dissonant musical language that had transcended usual tonality but was not atonal, which accorded with his personal brand of metaphysics. Scriabin found significant appeal in the concept of Gesamtkunstwerk as well as synesthesia, and associated colours with the various harmonic tones of his scale, while his colour-coded circle of fifths was also inspired by theosophy. He is often considered the main Russian Symbolist composer and a major representative of the Russian Silver Age.

Scriabin was an innovator as well as one of the most controversial composer-pianists of the early 20th century. The ''Great Soviet Encyclopedia'' said of him, "no composer has had more scorn heaped on him or greater love bestowed." Leo Tolstoy described Scriabin's music as "a sincere expression of genius." Scriabin's oeuvre exerted a salient influence on the music world over time, and inspired composers such as Igor Stravinsky, Sergei Prokofiev, and Karol Szymanowski. But Scriabin's importance in the Russian and then Soviet musical scene, and internationally, drastically declined after his death. According to his biographer Faubion Bowers, "No one was more famous during their lifetime, and few were more quickly ignored after death." Nevertheless, his musical aesthetics have been reevaluated since the 1970s, and his ten published sonatas for piano and other works have been increasingly championed, garnering significant acclaim in recent years. Provided by Wikipedia