Robert E. Scholes (1929-2016) was an American literary critic and theorist. He is known for his ideas on fabulation and metafiction.

He graduated from Yale University. From 1970 until his death in 2016, he was a Professor at Brown University.

With Eric S. Rabkin, he published in 1977 the book ''Science Fiction: History, Science, Vision'', which considerably influenced science fiction studies. In it, they attempt to explain the literary history of the genre, but also the sciences such as physics and astronomy.

Scholes became well known as a cogent guide to literary theory and semiotics as they became influential in U.S. literary studies in the 1970s and 1980s. His 1982 book ''Semiotics and Interpretation'' was praised in the Times Literary Supplement as offering "a clutch of examples of semiotics usefully and intelligently applied, which Scholes's patient, cheerful tone and his resolutely concrete vocabulary manage to combine into a breezily informative American confection."

Scholes held honorary doctorates from Lumière University Lyon 2, France, (1987) and SUNY Purchase (2003). He was a president of the Semiotic Society of America (1989–1990) and of the Modern Language Association of America (2004). In 1998, he was elected a fellow of the American Academy of Arts and Sciences.

Scholes served most recently as the director of the Modernist Journals Project. In his collaboration with Clifford Wulfman, ''Modernism in the Magazines: An Introduction'' (2010), Scholes offered a primer on early twentieth-century magazines, with particular attention given to the relationship of advertising to editorial content. Provided by Wikipedia 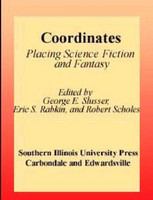