Carolus Philippus "Carel" van Schaik (born 15 June 1953, Rotterdam) is a Dutch primatologist who since 2004 is professor and director of the Anthropological Institute and Museum at the University of Zürich, Switzerland.

Van Schaik studied biology at the University of Utrecht, graduating in 1979. He was a researcher for the Netherlands Foundation for the Advancement of Tropical Research until 1984 and finished his doctoral dissertation for the Utrecht University in 1985. After positions at this university and at Princeton University, he became Associate Professor at the Department of Biological Anthropology and Anatomy at Duke University in Durham in 1989. In 2004 he moved to the University of Zurich. In 2007 Van Schaik became a correspondent of the Royal Netherlands Academy of Arts and Sciences.

The interest for the monkeys was born toward the seventies, during an expedition to Sumatra beside his wife. Soon after, van Schaik become always more interested to the monkeys that to the plants, and when in the north-western part of Sumatra he comes upon in the marshy region of the Suaq, he finally meets his orangutans.

His book ''Among Orangutans: Red Apes and the Rise of Human Culture'' tells the story of his discovery of a group of orangutans in northern Sumatra and the challenge their tool use and sociality pose to theories of primatology and the insights they offer into key moments in human evolution. Provided by Wikipedia 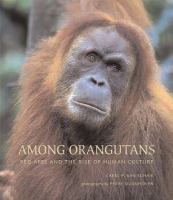 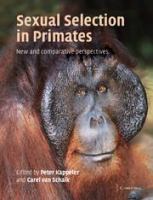 Infanticide by males and its implications /
Published 2000
Other Authors: “...Schaik, Carel van....”

Infanticide by males and its implications /
Published 2000
Other Authors: “...Schaik, Carel van,...”