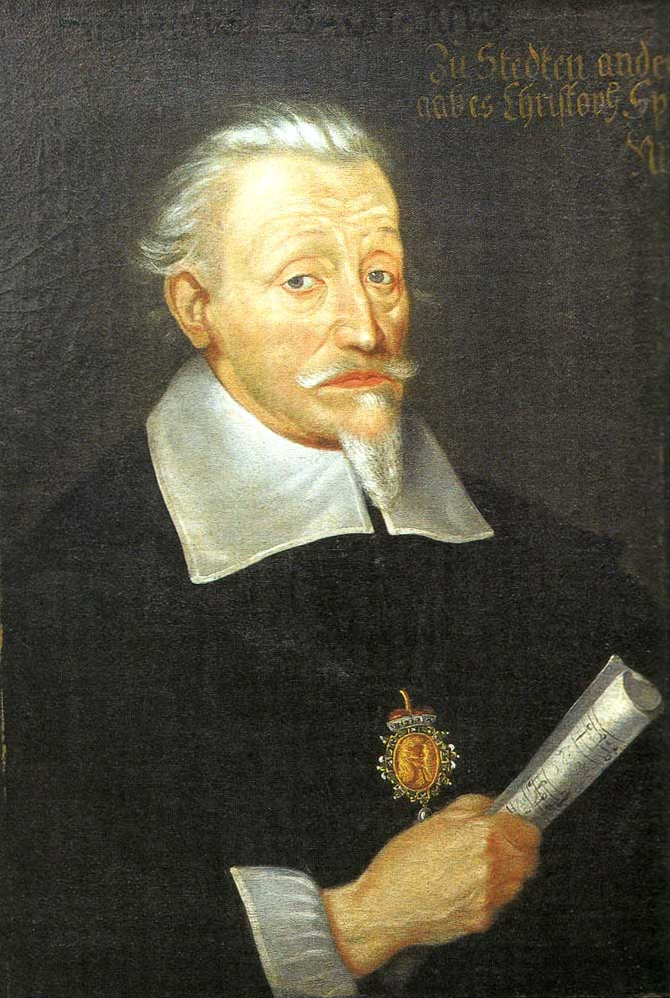 Heinrich Schütz (; 6 November 1672) was a German composer and organist, generally regarded as the most important German composer before Johann Sebastian Bach, as well as one of the most important composers of the 17th century. He is credited with bringing the Italian style to Germany and continuing its evolution from the Renaissance into the Early Baroque. Most of his surviving music was written for the Lutheran church, primarily for the Electoral Chapel in Dresden. He wrote what is traditionally considered to be the first German opera, ''Dafne'', performed at Torgau in 1627, the music of which has since been lost, along with nearly all of his ceremonial and theatrical scores.

He is commemorated as a musician in the Calendar of Saints of some North American Lutheran churches on 28 July with Johann Sebastian Bach and George Frideric Handel. Provided by Wikipedia