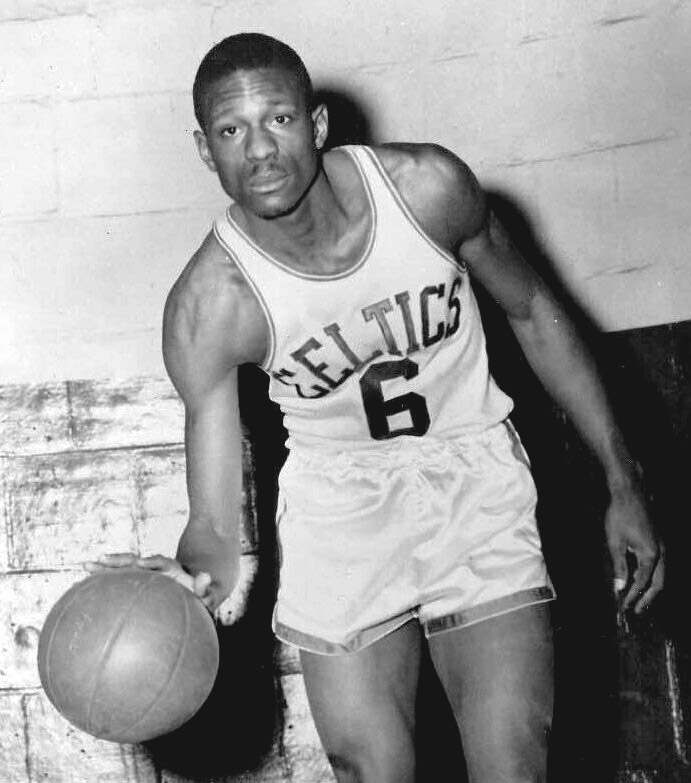 William Felton Russell (February 12, 1934 – July 31, 2022) was an American professional basketball player who played as a center for the Boston Celtics of the National Basketball Association (NBA) from 1956 to 1969. A five-time NBA Most Valuable Player (MVP) and a 12-time NBA All-Star, he was the centerpiece of the Celtics dynasty that won 11 NBA championships during his 13-year career. Russell and Henri Richard of the National Hockey League are tied for the record of the most championships won by an athlete in a North American sports league. Russell is widely considered to be one of the greatest basketball players of all time. He led the San Francisco Dons to two consecutive NCAA championships in 1955 and 1956, and he captained the gold-medal winning U.S. national basketball team at the 1956 Summer Olympics.

Despite his limitations on offense, as Russell averaged 15.1 points per game, his rebounding, defense, and leadership made him one of the dominant players of his era. Standing at tall, with a arm span, his shot-blocking and man-to-man defense were major reasons for the Celtics' dominance during his career. Russell was equally notable for his rebounding abilities, and he led the NBA in rebounds four times, had a dozen consecutive seasons of 1,000 or more rebounds, and remains second all time in both total rebounds and rebounds per game. He is one of just two NBA players (the other being prominent rival Wilt Chamberlain) to have grabbed more than 50 rebounds in a game.

Russell played in the wake of black pioneers Earl Lloyd, Chuck Cooper, and Sweetwater Clifton, and he was the first black player to achieve superstar status in the NBA. He also served a three-season (1966–69) stint as player-coach for the Celtics, becoming the first black coach in the NBA and the first to win a championship. In 2011, Barack Obama awarded Russell the Presidential Medal of Freedom for his accomplishments on the court and in the civil rights movement.