In 2015, she published a collection of essays, ''100 Essays I Don't Have Time to Write''. Her most recent play, ''For Peter Pan on Her 70th Birthday'' (2016), premiered at Actors Theatre of Louisville's Humana Festival of New American Plays. She currently serves on the faculty of the Yale School of Drama. In 2018 ''Letters from Max: A Book of Friendship'', co-authored by Max Ritvo, was published by Milkweed Editions. Provided by Wikipedia 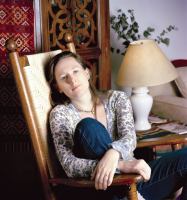