Leo Rubinfien (born 1953) is an American photographer and essayist who lives and works in New York City. Rubinfien first came to prominence as part of the circle of artist-photographers who investigated new color techniques and materials in the 1970s.

Among his principal bodies of photography are ''A Map of The East'' (1992), which explores the character and idiosyncrasies of Japan, China and Southeast Asia; and ''Wounded Cities'' (2008), which explores the "mental wounds" that were left by the terror attacks in New York City in 2001, and other attacks in cities around the world. He has had a solo exhibition at the National Museum of Modern Art, Tokyo. He has also curated exhibitions.

He is the recipient of a Guggenheim Fellowship and his work is held in the collection of the Metropolitan Museum of Art in New York City. Provided by Wikipedia 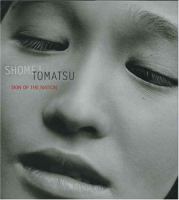