The Royal Shakespeare Company (RSC) is a major British theatre company, based in Stratford-upon-Avon, Warwickshire, England. The company employs over 1,000 staff and produces around 20 productions a year. The RSC plays regularly in London, Stratford-upon-Avon, and on tour across the UK and internationally.

The company's home is in Stratford-upon-Avon, where it has redeveloped its Royal Shakespeare and Swan theatres as part of a £112.8-million "Transformation" project. The theatres re-opened in November 2010, having closed in 2007. The new buildings attracted 18,000 visitors within the first week and received a positive media response both upon opening, and following the first full Shakespeare performances. Performances in Stratford-upon-Avon continued throughout the Transformation project at the temporary Courtyard Theatre.

As well as the plays of Shakespeare and his contemporaries, the RSC produces new work from living artists and develops creative links with theatre-makers from around the world, as well as working with teachers to inspire a lifelong love of William Shakespeare in young people and running events for everyone to explore and participate in its work.

The RSC celebrated its fiftieth birthday season from April–December 2011, with two companies of actors presenting the first productions designed specifically for the new Royal Shakespeare and Swan Theatre stages. The 2011-season began with performances of ''Macbeth'' and a re-imagined lost play ''The History of Cardenio''. The fiftieth birthday season also featured ''The Merchant of Venice'' with Sir Patrick Stewart and revivals of some of the RSC's greatest plays, including a new staging of ''Marat/Sade''. For the London 2012 Festival as part of the Cultural Olympiad, the RSC produced the ''World Shakespeare Festival'', featuring artists from across the world performing in venues around the UK. In 2013, the company began live screenings of its Shakespeare productions – called Live from Stratford-upon-Avon – which are screened around the world. In 2016, the company collaborated with Intel and The Imaginarium Studios to stage ''The Tempest'', bringing performance capture to the Royal Shakespeare Theatre for the first time. Provided by Wikipedia 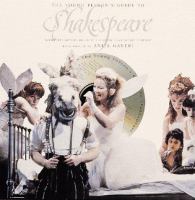