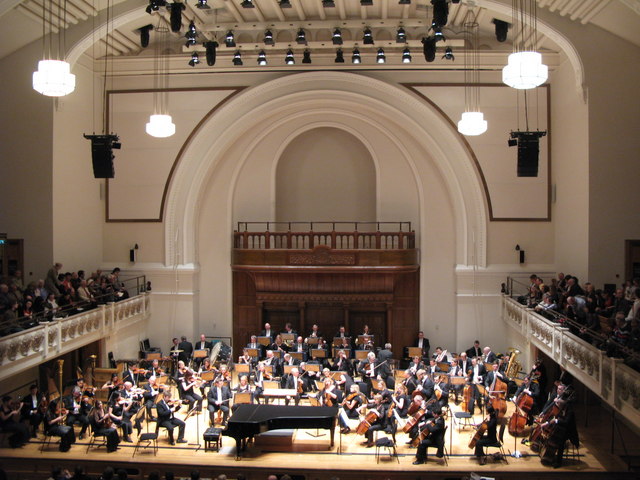 The Royal Philharmonic Orchestra (RPO) is a British symphony orchestra based in London, that performs and produces primarily classic works.

The RPO was established by Thomas Beecham in 1946. In its early days, the orchestra secured profitable recording contracts and important engagements including the Glyndebourne Festival Opera and the concerts of the Royal Philharmonic Society. After Beecham's death in 1961, the RPO's fortunes declined steeply. The RPO battled for survival until the mid-1960s, when its future was secured after a report by the Arts Council of Great Britain recommended that it should receive public subsidy. A further crisis arose in the same era when it seemed that the orchestra's right to call itself "Royal" could be withdrawn.

In 2004, the RPO acquired its first permanent London base, at Cadogan Hall in Chelsea. The RPO also gives concerts at the Royal Festival Hall, the Royal Albert Hall and venues around the UK and other countries. The current music director since the start of the 2021-2022 season, is Vasily Petrenko. Provided by Wikipedia