Josh Webb, played by Erik Mitsak, debuted on-screen during the episode broadcast 7 February 1991 and departed on 7 January 1992. In ''The Official Home and Away Annual'' John Kercher said that the character is "about as bad as they come". But Josh is "fortunate to have the type of angelic looks that make people forgive him". He has a backstory featuring a life of crime - stealing vehicles and making money by any means possible. Josh is a "rapid talker and very street wise" which meant that he could always outsmart the law. Josh had always used his mother Gerry (Julie Godfrey) because he knew how to "wrap her around his little finger". He loves her but creates a pretence for her and "frequently lies" to get what he wants. She does not want him to leave her, so she believes anything that he says. But this leaves Josh free to take advantage of the predicament.

Josh is Rachel Webb's (Beth Champion) older brother. He befriends her boyfriend Blake Dean (Les Hill) and invites him, his sister Karen (Belinda Jarrett) and their friends Haydn Ross (Andrew Hill) and Sophie Simpson (Rebekah Elmaloglou) to a party at his place. The party turns into a drugs bust when Sgt. Chris Hale (John Meillon Jr.) arrives. When Josh learns of Blake and Rachel's romance, he hits Blake. Adam Cameron (Mat Stevenson) acts as a decoy to date Rachel but Josh sees through this plan and attacks Blake at the Bayside diner the next day, prompting Adam to intervene and punch Josh. As a measure of revenge, Josh frames Adam for the theft of Summer Bay High's raffle money. However, he is later exposed as the real culprit and jailed.

After being released, Josh puts on an act of having changed his ways and invites Blake and Adam on a camping trip but little do they know he is planning to kill them both. Blake and Adam quickly realise what Josh is up to and foil his murder attempt and he is arrested and sent back to prison. Provided by Wikipedia 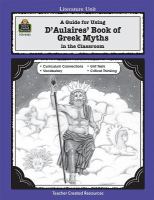