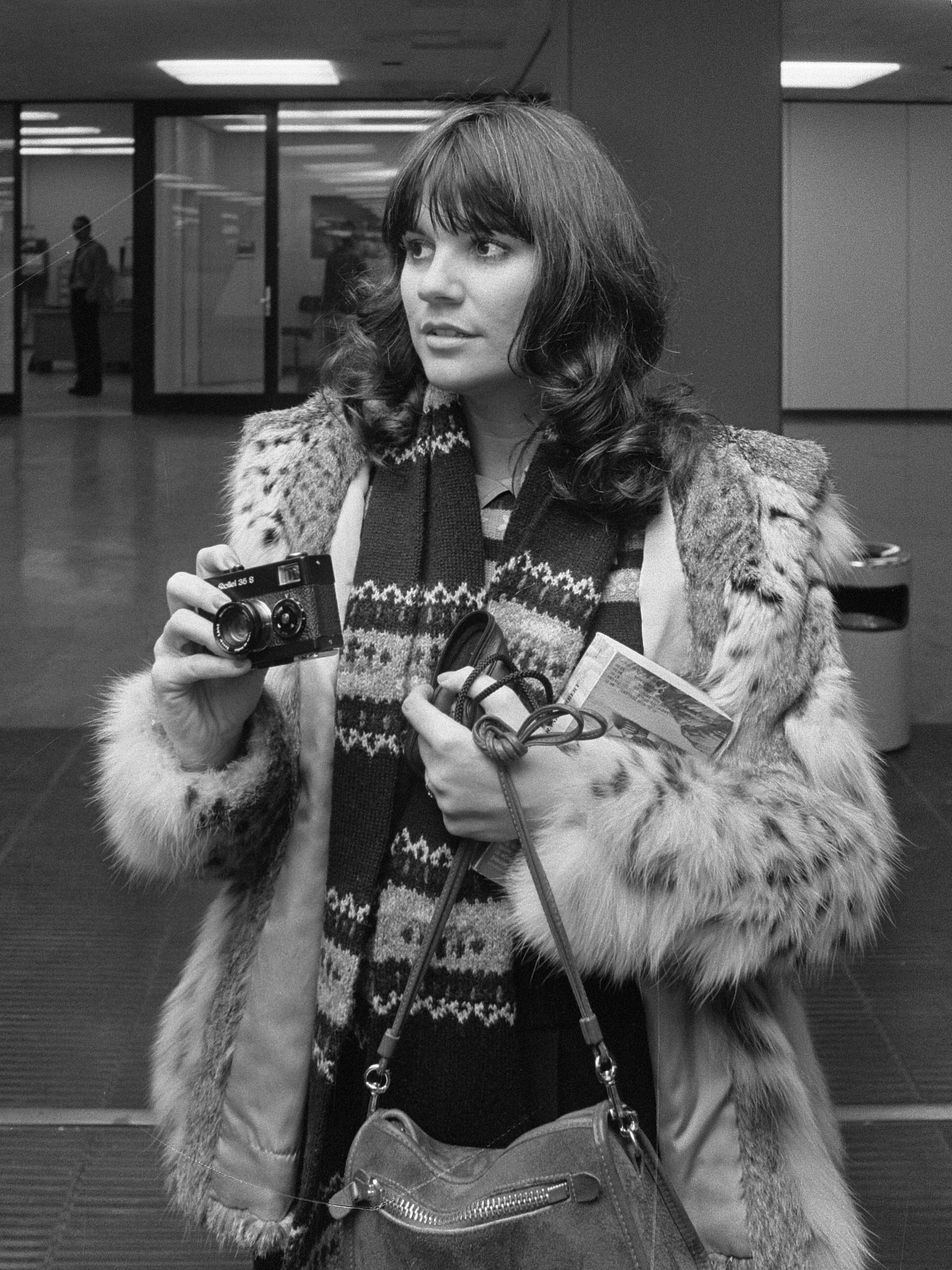 Linda Maria Ronstadt (born July 15, 1946) is a retired American singer who performed and recorded in diverse genres including rock, country, light opera, and Latin. She has earned 11 Grammy Awards, three American Music Awards, two Academy of Country Music awards, an Emmy Award, and an ALMA Award. Many of her albums have been certified gold, platinum or multiplatinum in the United States and internationally. She has also earned nominations for a Tony Award and a Golden Globe award. She was awarded the Latin Grammy Lifetime Achievement Award by the Latin Recording Academy in 2011 and also awarded the Grammy Lifetime Achievement Award by the Recording Academy in 2016. She was inducted into the Rock and Roll Hall of Fame in April 2014. On July 28, 2014, she was awarded the National Medal of Arts and Humanities. In 2019, she received a star jointly with Dolly Parton and Emmylou Harris on the Hollywood Walk of Fame for their work as the group Trio. Ronstadt was among five honorees who received the 2019 Kennedy Center Honors for lifetime artistic achievements.

Ronstadt has released 24 studio albums and 15 compilation or greatest hits albums. She charted 38 US ''Billboard'' Hot 100 singles. Twenty-one of those singles reached the top 40, ten reached the top 10, and one reached number one ("You're No Good"). Her success, however, did not translate across the Atlantic to the UK. Although Ronstadt's duets, "Somewhere Out There" with James Ingram and "Don't Know Much" with Aaron Neville, peaked at numbers 8 and 2 respectively in 1987 and 1989, the single "Blue Bayou" was her only solo single to reach the UK Top 40. She has charted 36 albums, ten top-10 albums, and three number 1 albums on the US ''Billboard'' Pop Album Chart.

Ronstadt has collaborated with artists in diverse genres, including Bette Midler, Billy Eckstine, Frank Zappa, Carla Bley (''Escalator Over the Hill''), Rosemary Clooney, Flaco Jiménez, Philip Glass, Warren Zevon, Emmylou Harris, Gram Parsons, Dolly Parton, Neil Young, Paul Simon, Earl Scruggs, Johnny Cash, and Nelson Riddle. She has lent her voice to over 120 albums and has sold more than 100 million records, making her one of the world's best-selling artists of all time. Christopher Loudon, of ''Jazz Times'', wrote in 2004 that Ronstadt is "blessed with arguably the most sterling set of pipes of her generation."

Ronstadt reduced her activity after 2000 when she felt her singing voice deteriorating, releasing her last full-length album in 2004 and performing her last live concert in 2009. She announced her retirement in 2011 and revealed shortly afterwards that she is no longer able to sing as a result of a degenerative condition later determined to be progressive supranuclear palsy. Since then, Ronstadt has continued to make public appearances, going on a number of public speaking tours in the 2010s. She published an autobiography, ''Simple Dreams: A Musical Memoir'', in September 2013. A documentary based on her memoirs, ''Linda Ronstadt: The Sound of My Voice'', was released in 2019. Provided by Wikipedia

We all love Ella celebrating the first lady of song.
Published 2007
Other Authors: “...Ronstadt, Linda....”