Kenneth Ray Rogers (August 21, 1938 – March 20, 2020) was an American singer, songwriter, musician, actor, record producer, and entrepreneur. He was inducted into the Country Music Hall of Fame in 2013. Rogers was particularly popular with country audiences but also charted more than 420 hit singles across various genres, topping the country and pop album charts for more than 200 individual weeks in the United States alone. He sold more than 100 million records worldwide during his lifetime, making him one of the best-selling music artists of all time. His fame and career spanned multiple genres: jazz, folk, pop, rock, and country. He remade his career and was one of the most successful cross-over artists of all time.

In the late 1950s, Rogers began his recording career with the Houston-based group the Scholars, who first released "The Poor Little Doggie". After some solo releases, including 1958's "That Crazy Feeling", Rogers then joined a group with the jazz singer Bobby Doyle. In 1966, he became a member of the folk ensemble the New Christy Minstrels, playing double bass and bass guitar as well as singing. In 1967, he and several members of the New Christy Minstrels left to found the group the First Edition, with whom he scored his first major hit, "Just Dropped In (To See What Condition My Condition Was In)", a psychedelic rock song which peaked at number five on the ''Billboard'' charts. As Rogers took an increased leadership role in the First Edition following the success of 1969's "Ruby, Don't Take Your Love to Town", the band gradually changed styles to a more country feel. The band broke up in 1975–76, and Rogers embarked on a long and successful solo career, which included several successful collaborations, including duets with singers Dottie West, Dolly Parton, and Sheena Easton and a songwriting partnership with Lionel Richie. His signature song, 1978's "The Gambler", was a crossover hit that won him a Grammy Award in 1980 and was selected in 2018 for preservation in the National Recording Registry by the Library of Congress. He developed the Gambler persona into a character for a successful series of television films starting with 1980's Emmy-nominated ''Kenny Rogers as The Gambler''.

Rogers's albums ''The Gambler'' and ''Kenny'' were featured in the About.com poll of "The 200 Most Influential Country Albums Ever". He was voted the "Favorite Singer of All Time" in a 1986 joint poll by readers of both ''USA Today'' and ''People''. He received numerous awards, such as the AMAs, Grammys, ACMs, and CMAs as well as a lifetime achievement award for a career spanning six decades in 2003. Later success included the 2006 album release ''Water & Bridges'', an across-the-board hit that entered the Top 5 in the ''Billboard'' Country Albums sales charts, also charting in the Top 15 of the ''Billboard'' 200. The first single from the album, "I Can't Unlove You", was also a sizable chart hit. Remaining a popular entertainer around the world, he continued to tour regularly until his retirement in 2017.

Rogers had acting roles in movies and television shows, including the title roles in ''Kenny Rogers as The Gambler'', the MacShayne series for ''The NBC Mystery Movie'', and the 1982 feature film ''Six Pack''. He was a co-founder of the restaurant chain Kenny Rogers Roasters in collaboration with former Kentucky Fried Chicken CEO John Y. Brown Jr. Although the stores closed in the United States, they are still a fixture in Asia. Provided by Wikipedia 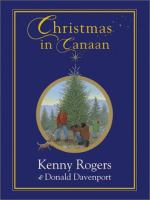 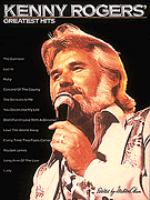 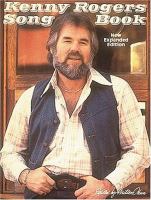