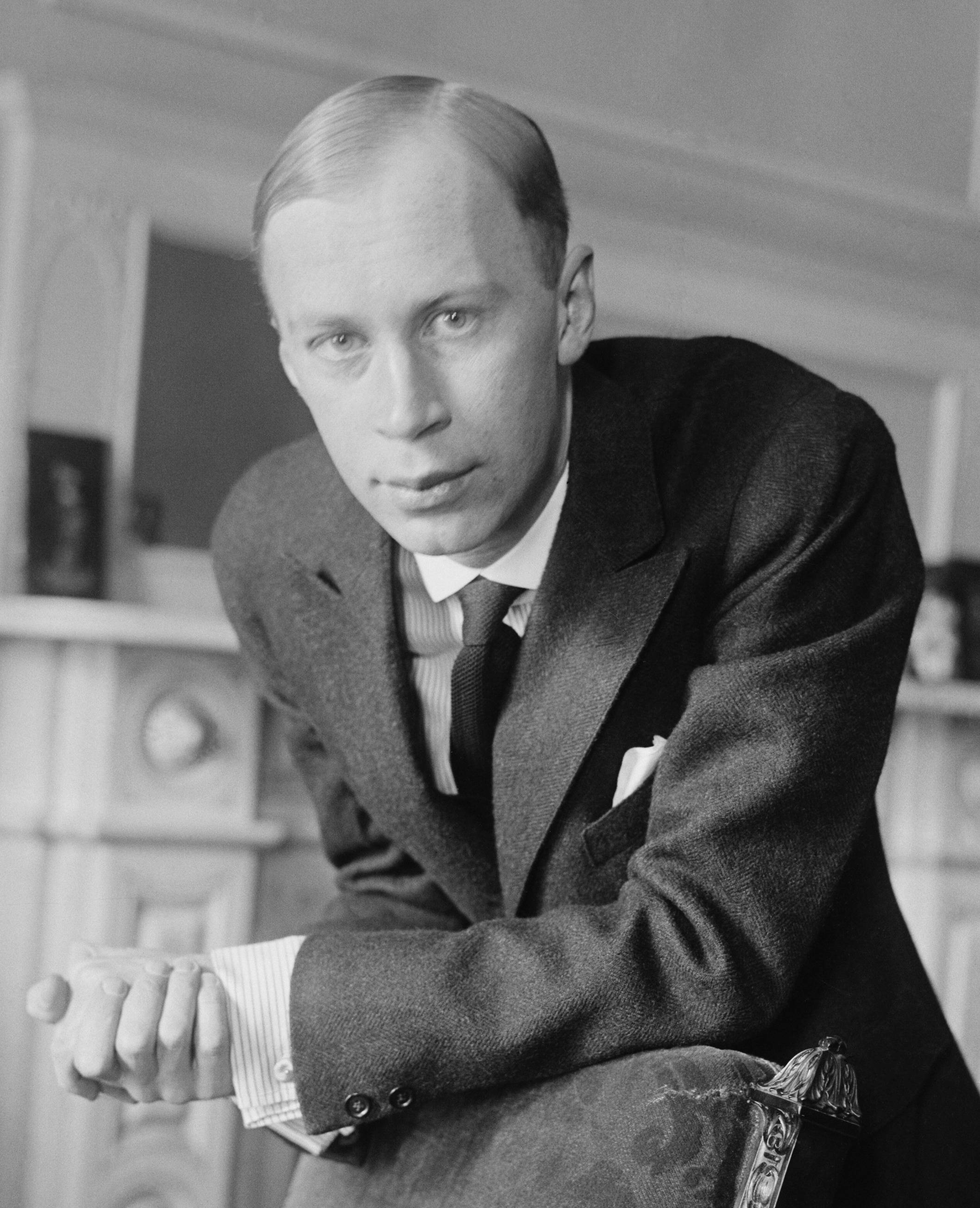 Sergei Sergeyevich Prokofiev;}}}}}} ; alternative transliterations of his name include ''Sergey'' or ''Serge'', and ''Prokofief'', ''Prokofieff'', or ''Prokofyev''.|group=n}} (27 April [O.S. 15 April] 1891 – 5 March 1953)|group=n}} was a Russian composer, pianist, and conductor who later worked in the Soviet Union. As the creator of acknowledged masterpieces across numerous music genres, he is regarded as one of the major composers of the 20th century. His works include such widely heard pieces as the March from ''The Love for Three Oranges,'' the suite ''Lieutenant Kijé'', the ballet ''Romeo and Juliet''—from which "Dance of the Knights" is taken—and ''Peter and the Wolf.'' Of the established forms and genres in which he worked, he created—excluding juvenilia—seven completed operas, seven symphonies, eight ballets, five piano concertos, two violin concertos, a cello concerto, a symphony-concerto for cello and orchestra, and nine completed piano sonatas.

A graduate of the Saint Petersburg Conservatory, Prokofiev initially made his name as an iconoclastic composer-pianist, achieving notoriety with a series of ferociously dissonant and virtuosic works for his instrument, including his first two piano concertos. In 1915, Prokofiev made a decisive break from the standard composer-pianist category with his orchestral ''Scythian Suite'', compiled from music originally composed for a ballet commissioned by Sergei Diaghilev of the Ballets Russes. Diaghilev commissioned three further ballets from Prokofiev—''Chout,'' ''Le pas d'acier'' and ''The Prodigal Son''—which, at the time of their original production, all caused a sensation among both critics and colleagues. Prokofiev's greatest interest, however, was opera, and he composed several works in that genre, including ''The Gambler'' and ''The Fiery Angel''. Prokofiev's one operatic success during his lifetime was ''The Love for Three Oranges'', composed for the Chicago Opera and subsequently performed over the following decade in Europe and Russia.

After the Revolution of 1917, Prokofiev left Russia with the approval of Soviet People’s Commissar Anatoly Lunacharsky, and resided in the United States, then Germany, then Paris, making his living as a composer, pianist and conductor. During that time, he married a Spanish singer, Carolina (Lina) Codina, with whom he had two sons; they divorced in 1947. In the early 1930s, the Great Depression diminished opportunities for Prokofiev's ballets and operas to be staged in America and Western Europe. Prokofiev, who regarded himself as composer foremost, resented the time taken by touring as a pianist, and increasingly turned to the Soviet Union for commissions of new music; in 1936, he finally returned to his homeland with his family. His greatest Soviet successes included ''Lieutenant Kijé'', ''Peter and the Wolf'', ''Romeo and Juliet'', ''Cinderella'', ''Alexander Nevsky'', the Fifth and Sixth Symphonies, ''On Guard for Peace'', and the Piano Sonatas Nos. 6–8.

The Nazi invasion of the USSR spurred Prokofiev to compose his most ambitious work, an operatic version of Leo Tolstoy's ''War and Peace''; he co-wrote the libretto with Mira Mendelson, his longtime companion and later second wife. In 1948, Prokofiev was attacked for producing "anti-democratic formalism". Nevertheless, he enjoyed personal and artistic support from a new generation of Russian performers, notably Sviatoslav Richter and Mstislav Rostropovich: he wrote his Ninth Piano Sonata for the former and his Symphony-Concerto for the latter. Provided by Wikipedia