Jack Prelutsky (born September 8, 1940) is an American writer of children's poetry who has published over 50 poetry collections. He served as the first U.S. Children's Poet Laureate (now called the Young People's Poet Laureate) from 2006-08 when the Poetry Foundation established the award.

Jack Prelutsky was born on September 8, 1940 in Brooklyn, New York to Charles Prelutsky, an electrician, and Dorothea Prelutsky, a homemaker. While he was still a baby, a fire killed his family and he was saved by his Uncle Charlie, who was a father of the age of 56.

He attended local public schools in the Bronx, hated the experience, and was bored in class. Prelutsky claims to have hated poetry when he was younger. He stated that "sometime in elementary school I had a teacher who, in retrospect, did not like poetry herself. She was determined to inflict violent punches and deadly blows so you can believe her views on her captives that were locked in the basement. The syllabus told her she had to recite a poem once a week. She would pick a boring poem from a boring book and read it in a boring voice, looking bored while she was doing it."

After teachers discovered he had musical talents, they suggested that he attend The High School of Music & Art. The moment he was there, he was happy and was able to train his beautiful singing voice and even took part in the musicals. He graduated in 1958, and went on to Hunter College for two years. He studied philosophy, psychology, and flunked English three times before dropping out.

Before becoming a writer, he worked odd jobs including driving a cab, moving furniture, busboy, potter, woodworker, and door-to-door salesman. In the late 1960s, he was working in a bookstore in Greenwich Village and at Izzy Young's Folklore Center, singing in coffeehouses under the name Jack Ballard. While doing the latter he met Bob Dylan, became friends, and Dylan even stated that Prelutsky sounded "like a cross between Woody Guthrie and Enrico Caruso."

Prelutsky also loved to draw imaginary turtle animals, and a friend of his encouraged him to send it to a publisher in New York. He wrote poems to go with the drawings last minute. He met with Susan Hirschman, and was amazed when they wanted his work; not the drawings that took six months to draw, but the poems which took two hours. He was 24 at the time, and the poems appeared in his first book, ''A Gopher in the Garden and Other Animal Poems'', in 1967. Hirschman told him he was a natural poet, published his book, and remained his editor until she retired 37 years later. Provided by Wikipedia 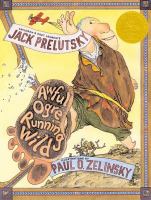 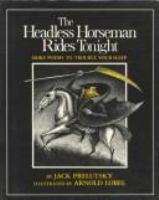 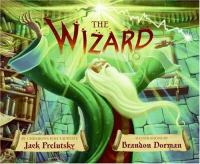 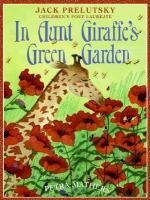 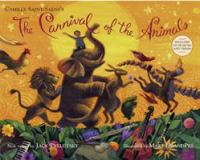 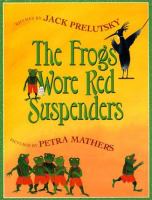 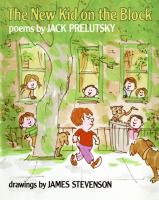 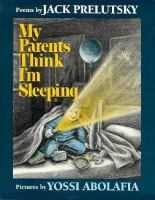 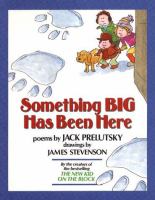 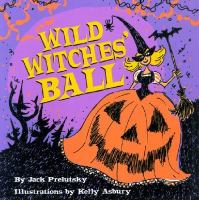 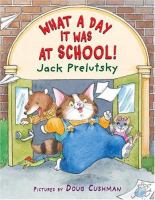 What a day it was at school! : poems / by Jack Prelutsky ; pictures by Doug Cushman.
by Prelutsky, Jack.
Published 2006
Call Number: Loading...
Located: Loading...
Book Loading... 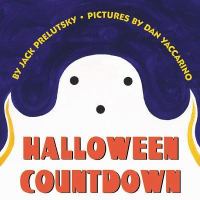 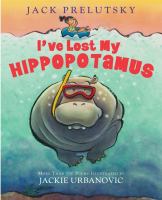