Murray G. H. Pittock FRSE (born 5 January 1962) is a Scottish historian, Bradley Professor of Literature at the University of Glasgow and Pro Vice Principal at the University, where he has served in senior roles including Dean and Vice Principal since 2008. He is currently engaged in leading on the Kelvin Hall development (kelvinhall.org.uk), the first phase of which was opened by the First Minister, Nicola Sturgeon, and with other major projects on learning and teaching space and Glasgow's unique early career development programme. He has also acted as lead or co-lead for a range of national and International partnerships, including with the Smithsonian Institution , and plays a leading role in the University's engagement with government and the cultural and creative industries (CCIs), organizing the 'Glasgow and Dublin: Creative Cities' summit in the British Embassy in Dublin in 2019 He also produced a major report on the impact of Robert Burns on the Scottish Economy for the Scottish Government in 2020; a Parliamentary debate was held at Holyrood on the recommendations. Outside the University, he serves on the Research Excellence Framework (REF) Institutional Environment Pilot Panel, and the National Trust for Scotland Board. He also serves as Scottish History Adviser to the NTS and as an adviser to a wide range of other national heritage bodies. He is President of the Edinburgh Walter Scott Club in 2019-20 and 2021-22.

Previously he was Professor of Scottish and Romantic Literature and Deputy Head of Arts at the University of Manchester, becoming the first ever professor of Scottish Literature at an English university. He has also held visiting appointments at universities worldwide in Celtic Studies, English, History, Languages and Equality and Diversity including: New York University (2015), Notre Dame (2014), Charles University, Prague (2010); Trinity College, Dublin (2008); Auburn (2006) the University of Wales in advanced Welsh and Celtic studies (2002) and Yale (1998, 2000–01). He has been invited as a visitor or to speak at half the world's leading universities, including Berkeley, Columbia, Harvard, Stanford and the Sorbonne. Provided by Wikipedia 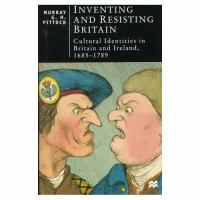