The Philadelphia Orchestra is an American symphony orchestra, based in Philadelphia, Pennsylvania. One of the "Big Five" American orchestras, the orchestra is based at the Kimmel Center for the Performing Arts, where it performs its subscription concerts, numbering over 130 annually, in Verizon Hall.

From its founding until 2001, the Philadelphia Orchestra gave its concerts at the Academy of Music. The orchestra continues to own the Academy, and returns there one week per year for the Academy of Music's annual gala concert and concerts for school children. The Philadelphia Orchestra's summer home is the Mann Center for the Performing Arts. It also has summer residencies at the Saratoga Performing Arts Center, and since July 2007 at the Bravo! Vail Valley Festival in Vail, Colorado. The orchestra also performs an annual series of concerts at Carnegie Hall. From its earliest days the orchestra has been active in the recording studio, making extensive numbers of recordings, primarily for RCA Victor and Columbia Records.

The orchestra's current music director is Yannick Nézet-Séguin, since 2012. Provided by Wikipedia 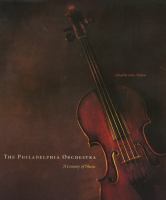