Martin Giles Palmer (born 14 October 1953) is a theologian, Sinologist, author and international specialist on all major faiths and religious traditions and cultures. He is the Founding President and Chief Executive of [https://www.faithinvest.org/ FaithInvest], an international not-for-profit membership association for religious groups and faith-based institutional investors, which empowers faith groups to invest in line with their values. FaithInvest grew out of the Alliance of Religions and Conservation (ARC) of which Palmer was Secretary General from 1995 to 2019. Palmer is also the Director of the International Consultancy on Religion, Education and Culture (ICOREC).

Palmer is the author and editor of more than 20 books on religious and environmental topics and the translator of several popular books on Sinology, including ''Zhuangzi'' and ''I Ching''. His 2001 book ''The Jesus Sutras'', a translation of the Jingjiao Documents, gives a popular and controversial interpretation of early Chinese Christianity as ‘syncretistic’. In 2018, Palmer's abridged translation of ''Romance of the Three Kingdoms'' was published by Penguin Classics.

An Anglican Christian, Palmer studied theology and religious studies at Cambridge University. He is a regular contributor to the BBC on religious, ethical and historical issues. He appears regularly on BBC Radio 3 and 4, BBC World Service and BBC TV as a presenter, and is also a contributor to programmes such as ''In Our Time'', Thought for the Day, Nightwaves, Beyond Belief and Songs of Praise. He appeared on BBC World Service for a week-long China series in October 2007.

In 2009 Palmer was Co-Chair of a joint ARC-UNDP programme on the faiths, climate change and the environment, which launched a series of major [http://arcworld.org/projects.asp?projectID=47 faith commitments on the environment] at Windsor Castle in November 2009 followed by a further commitments launched in Nairobi, Kenya. In total, more than 60 faith long-term commitments were developed which have profoundly shaped the faiths' response to key environmental issues. In 2020, FaithInvest began a programme, [https://www.faithinvest.org/faith-long-term-plans Faith Plans], building on the 2009 commitments, asking the faiths to consider how they will manage their assets, investments, influence and resources to drive practical action on climate change, biodiversity and sustainable development over the next seven to ten years. Provided by Wikipedia 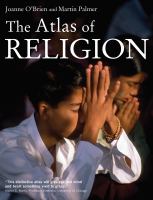 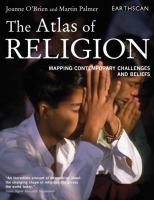