Elliot Norton (17 May 1903 – 20 July 2003) was a Boston-based theater critic who was one of the most influential regional theater critics in his 48-year-long career, during which he who wrote 6,000 reviews and became known as "The Dean of American Theatre Critics". Norton practiced a style of criticism known as "play doctoring", where he made suggestions on how to improve a show. Boston was a major pre-Broadway tryout town, and Elliot's criticism was taken seriously by producers, directors and playwrights, including Joshua Logan, Mike Nichols, and Neil Simon.

Norton was called "the most valuable critic in America" by producer Alexander Cohen. According to Logan:

Elliot had an absolute dead eye for a play. He could see it once and form an opinion that struck at the very core. He was very helpful to me on every show I brought to Boston. He had a gentlemanly manner, and even if what he had to say was rough, he could tell you without breaking your heart. 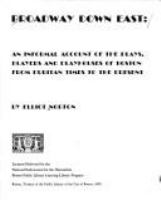 The curse of Kulyenchikov directed by Russ Fortier ; produced by Richard Heller.
by Fortier, Russell.
Published 1981
Other Authors: '; “...Norton, Elliot, 1903-...”