Barbara Nissman (born December 31, 1944 in Philadelphia, Pennsylvania) is an American pianist. She is especially known for her interpretations and performances of the works of Alberto Ginastera and Sergei Prokofiev which feature prominently in her repertoire. She is also a writer and a producer of a new DVD series, and a guest clinician presenting concerts, master classes and lectures world-wide.

Nissman's international career was personally launched by Eugene Ormandy with debuts arranged in all of the major European capitals after he heard her perform as a student at the University of Michigan. She subsequently made her American professional debut as soloist with Ormandy and the Philadelphia Orchestra. She has also performed with some of the leading orchestras in Europe, including the London Philharmonic, the Royal Philharmonic, the BBC Symphony, the Rotterdam Philharmonic and the Munich Philharmonic. In the United States she has appeared with the New York Philharmonic, the Philadelphia Orchestra, the Chicago Symphony, the Pittsburgh Symphony, the St. Louis Symphony, the National Symphony Orchestra and the Cleveland Orchestra, among others. She has worked with major conductors of our time, including Eugene Ormandy, Riccardo Muti, Stanislaw Skrowaczewski and Leonard Slatkin.

The final composition of Argentine composer Alberto Ginastera, ''Piano Sonata No. 3'', was dedicated to Nissman; its first performance was given at Alice Tully Hall, Lincoln Center in 1982. Nissman uncovered the manuscript of Ginastera's ''Concierto Argentino'' in the Fleisher Collection of the Free Library of Philadelphia and reintroduced the piece in 2011 with the blessings of the composer’s estate. In 2010, the last composition by Benjamin Lees, ''Visage'', was written for Nissman. She has also participated in many other premiere performances.

Nissman made history in 1989 by becoming the first pianist to perform the complete piano sonatas of Sergei Prokofiev in a series of three recitals in both New York and London. Her recordings of this repertoire represented the first complete set of Prokofiev's piano sonatas made available on compact disc.

In 2017, the Three Oranges Foundation was established with the primary goal of making classical music accessible and relevant to everyman: taking it into the community, bringing it into the schools, and making it part of the daily lives of the average person. The Foundation will support the innovative educational work of Barbara as manifested in her lectures, master-classes, informal concerts, solo and orchestral appearances, benefit concerts, and her uniquely conceived DVD series of educational master classes. Provided by Wikipedia 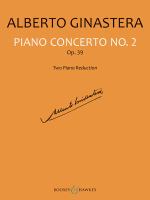