Leith Patricia Mullings (April 8, 1945 – December 13, 2020) was a Jamaican-born author, anthropologist and professor. She was president of the American Anthropological Association from 2011–2013, and was a Distinguished Professor of Anthropology at the Graduate Center of the City University of New York. Mullings was involved in organizing for progressive social justice, racial equality and economic justice as one of the founding members of the Black Radical Congress and in her role as President of the AAA. Under her leadership, the American Anthropological Association took up the issue of academic labor rights.

Her research and writing focused on structures of inequality and resistance to them. Her research began in Africa and she wrote about traditional medicine and religion in postcolonial Ghana, as well as about women’s roles in Africa. In the U.S. her work centered on urban communities. She was recognized for this work by the Society for the Anthropology of North America, which awarded her the Prize for Distinguished Achievement in the Critical Study of North America in 1997. Mullings was working on an ethnohistory of the African Burial Ground in New York City at the time of her death. Provided by Wikipedia

Let nobody turn us around : voices of resistance, reform, and renewal : an African American anthology /
Published 2000
Other Authors: “...Mullings, Leith....” 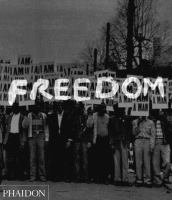 Let nobody turn us around : voices of resistance, reform, and renewal : an African American anthology /
Published 2009
Other Authors: “...Mullings, Leith....”