He has written hundreds of articles for local and national publications, including ''Forbes''. ''Harvard Business Review'' cited his article ''How to Become an Authentic Speaker'' as one of ten "must read" articles on communication.

Morgan is an expert in non-verbal communications skills for public speakers, and has coached and written extensively on this topic. His interest in body language was particularly fueled by three life events at age 17: "First, I read a book about the Dalai Lama ... Second, I learned my father was gay. And third, I died."

His expertise encompasses not only traditional in-person meetings and presentations, but also the increasingly common virtual-world meetings using teleconferencing.

He is frequently asked to critique speeches by celebrities such as the campaign speeches of Barack Obama and the first official speech of Catherine, Duchess of Cambridge.

As well as leading Public Words, he served as editor of the ''Harvard Management Communication Letter'' from 1998 to 2003. Morgan is a former Fellow at the Center for Public Leadership at Harvard’s Kennedy School of Government. Provided by Wikipedia 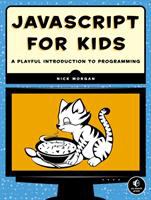