Geoffrey Moorhouse, FRGS, FRSL, D.Litt. (29 November 1931 – 26 November 2009) was an English journalist and author. He was born Geoffrey Heald in Bolton and took his stepfather's surname. He attended Bury Grammar School. He began writing as a journalist on the ''Bolton Evening News''. At the age of 27, he joined ''The Manchester Guardian'' where he eventually became chief feature writer and combined writing books with journalism.

Many of his books were largely based on his travels. He was elected Fellow of the Royal Geographical Society in 1972, Fellow of the Royal Society of Literature in 1982, and received an honorary Doctor of Letters from the University of Warwick. His book ''To The Frontier'' won the Thomas Cook Award for the best travel book of its year in 1984. He had recently concentrated on Tudor history, with ''The Pilgrimage of Grace'' and ''Great Harry's Navy''. He lived in a hill village in North Yorkshire. In an interview given in 1999, he described his approach to his writing.

All three of Moorhouse's marriages ended in divorce. He had two sons, Andrew and Michael and two daughters, Jane and Brigie, the latter of whom died of cancer in 1981. He died aged 77 of a stroke. He was survived by his fiancée, Professor Susan Bassnett; and by both sons and one daughter, as well as four grandchildren. His writing on the sport of rugby league is some of the greatest associated with the game: his series of essays entitled ''At The George'' in particular are a powerful and eloquent homage to a deeply held love. Provided by Wikipedia 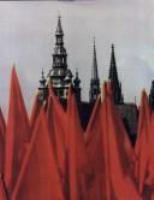 Hell's foundations : a social history of the town of Bury in the aftermath of the Gallipoli campaign /
by Moorhouse, Geoffrey, 1931-2009.
Published 1992
Call Number: Loading...
Located: Loading...
Book Loading...
Add to Book Bag Remove from Book Bag
Save to List