Encouraged to read the classics at home, she was too rebellious to make a success of formal education, but she won poetry prizes from an early age, including the Pulitzer Prize in 1923, and went on to use verse as a medium for her feminist activism. She also wrote verse-dramas and a highly-praised opera, ''The King's Henchman''. Her novels appeared under the name Nancy Boyd, and she refused lucrative offers to publish them under her own name.

Millay was a prominent social figure of New York City's Greenwich Village just as it was becoming known as a bohemian writer's colony, and she was noted for her uninhibited lifestyle, forming many passing relationships with both men and women. She was also a social and political activist and those relationships included prominent anti-war activists including Floyd Dell, editor of the radical magazine ''The Masses'', and perhaps John Reed. She became a prominent feminist of her time; her poetry and her example, both subversive, inspired a generation of American women.

Her career as a poet was meteoric. In 1923 she became the first woman to win the Pulitzer prize in poetry. She became a performance artist super-star, reading her poetry to rapt audiences across the country.

A road accident in middle-age left her a partial invalid and morphine-dependent for years. Yet near the end of her life, she wrote some of her greatest poetry. Provided by Wikipedia 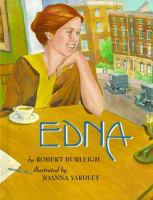