Flora McDonnell (also known as Lady Flora Mary McDonnell; born 7 November 1963 in the United Kingdom) is an artist, illustrator, and prize-winning author of children's books. She is the eldest daughter of Ninth Earl of Antrim, Alexander McDonnell. She married Dr. Thomas Pennybacker in 2003. Together they have one son, born in 2004. She is currently based in London.

McDonnell studied at St. Mary’s Shaftesbury, an independent Roman Catholic girls’ day and boarding school near Shaftesbury, England. She also studied at Gresham’s School, an independent coeducational boarding school in Holt, England. She then attended Exeter College, Oxford from 1982-1984 and the City and Guilds of London Art School from 1984-1989.

McDonnell began her children’s book career in 1994 with the publishing of ''I Love Animals'' in 1994. Since then, she has published many children's books and collaborated with authors and poets. Provided by Wikipedia 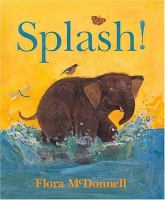 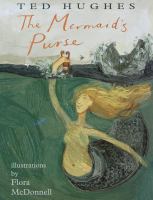